If you caught my September recap you know I took about a month off. Yes, part of it was unplanned due to the terrifying hurricane that was heading my way, but the other half was for our longgg overdue honeymoon.

Here's the truth though, in August I started preparing for my time off. Getting all my ducks in a row, checking things off my to-do list, putting a team in place to step in while I was away. Only, then the unexpected hurricane derailed my life for two weeks. And the team I was trying to put in place had some unforeseen challenges with not enough time to work through them.

I had been planning for my two weeks off for months. Letting every partnership that came in my inbox know it was coming, and really thought things were going to be a breeze. What I hadn't planned for was four weeks off. As if I wasn't stressed enough several deadlines were getting pushed and people were asking me to work during my vacation… and then severals partnerships fell through.

Much like our wedding, our honeymoon felt very anticlimactic. I was looking forward to it, but have this sadness about it that I can't place my finger on. Truthfully, I feel guilty saying it, thinking it, and even feeling it. I got to spend two beautiful weeks in Hawaii – in paradise. I thought I'd come back bursting with creativity, so excited and ready to tackle anything that came my way, but instead, I feel defeated and depleted.

[RELATED] 5 Ways My Wedding Was Different Than I Imagined

So while I'm writing this post for actionable tips for you guys, it's also a pep talk to myself.

Here are 5 things to do when you feel defeated and depleted:

It's okay to feel your feelings, in fact I believe you have to feel them or they'll come out sideways down the road. Give yourself room to feel, but then a set a deadline to get back to the real world. And I'm not talking about for a day, I mean plan on being a consistent adult for a few days… in a row.

A lot of you know that Man's Search For Meaning is a book that's been a guiding light in my life. Through every obstacle, we have to connect to our why in order to find the will to push through. Feeling defeated is the Universe's way of challenging us to give up or get on.

TBH, for the first time since I started blogging a year and a half ago, I started having thoughts like, “What am I doing? Should I even keep going?” As I write those thoughts out, tears come to my eyes. Partly out of fear that no one would care, and partly out of sadness because I don't actually want to give this up and partly out of fear that it could all go away in an instant. – I think instead of giving up, I need to reconnect with my why. The things that fell through recently are related back to a larger plan I started losing sight of. Something  I need to revisit and define. 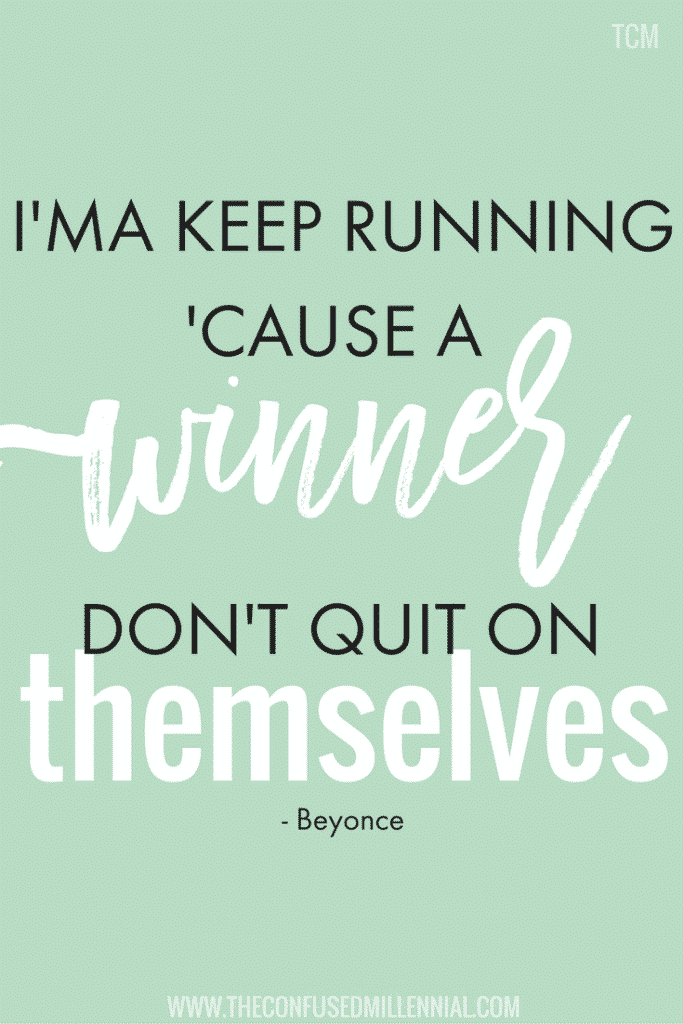 Lean on your network.

I'm a bit of a lone wolf, ever since my pre-school days. In high school, one of my best friends said to me, “Rach, you change friends more than I change my underwear.” And it's true, I don't let people in easily and I don't let them stay in for very long. But one of the greatest gifts of blogging has been finding a group of woman that have experienced similar challenges with friends, particularly other women. Talking to them these last few days has really helped me keep my head up and move forward. Aside from leaning on them for my own stuff, being there for them instead of just sitting in my own ish has been even more helpful.

Remember there are always more fish in the sea… and that you're not everyone's cup of tea.

HA! Ain't that the truth? People will not always understand or care to understand who we are, what we've done, or where we've come from. And that's okay. Because for every person rejecting us, there are five more out there who may inspire us and be a better fit for our lives.

What would your younger self think?

While in Hawaii there were tons of little kids everywhere I turned. I spent many an afternoon watching them jut down the water slide, in awe of fish in the sea, and just generally looking at the world with pure joy and amazement. It was beautiful. Think, what would your six year old self say if she saw your defeat on your face or heard about your feelings? Chances are you have a lot she would look up to and be inspired by.

[RELATED] Advice To My 18-Year-Old Self

Know that through defeat and difficulty, comes the most beautiful transitions.

Truthfully, it feels like I was begging the Universe for this pain. Before going away, I started to panic a little bit, my life had become too normal. Too status quo. Too hunky dory. Things were fine, they were good, I was content, and bored. I felt a little panicked because I was so okay that I didn't know what to do or write. I tend to live best in a little bit of chaos and through every hurdle, I know there is an opportunity for a beautiful transition and growth.

The Truth About Fear & Perfectionism & How To Beat Them 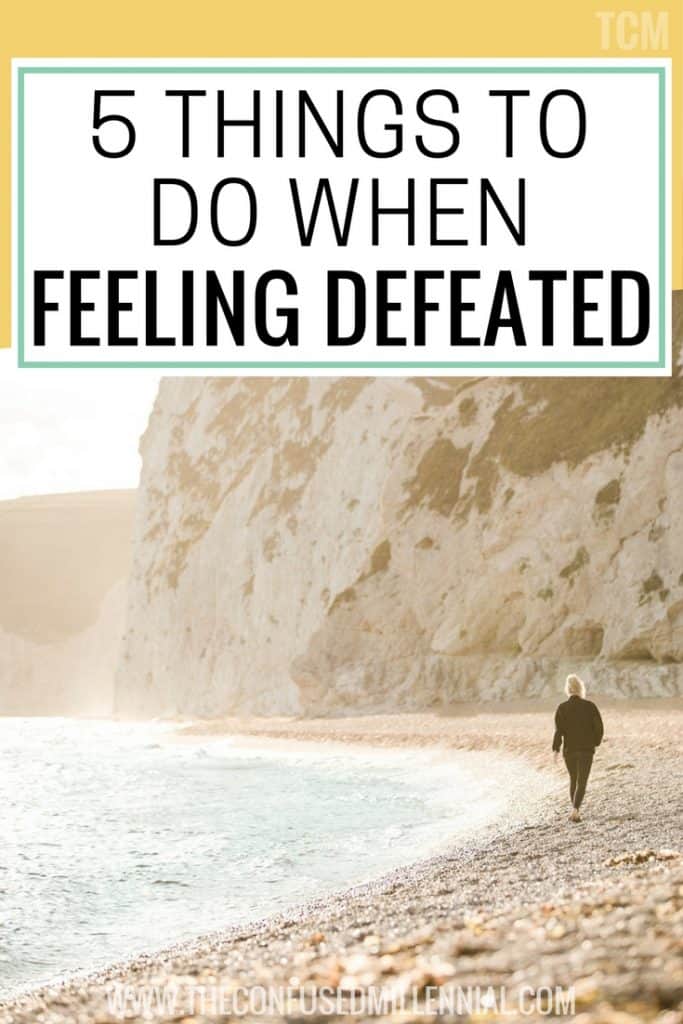