This post is in partnership with Forté Foundation. As always, all thoughts, opinions, and experiences are always my own.

I identify as a “multi-passionate” millennial. In elementary school I would spend hours writing my own short stories. At the same time, I was also running my own Precious Moments Greeting Card business. True story, by the ripe old age of 10, I had already had four businesses and multiple employees. I always felt torn between my creative side and my practical side.

In high school, I thought I might become a pharmacist, and primarily took science and math courses as my electives. Then I decided to get my degree in business. But I screwed up—I didn’t understand the requirements of the college of business at my university and got kicked out after the second semester. I’ve always been a perfectionist and an overachiever, and I lost a ton of confidence. Plus, I felt like if I couldn't understand microeconomics, I clearly would never be able to run a business.

I majored in Psychology, spent several years working in counseling, and began to pursue a master’s degree. About a year in, I realized I wasn't on the right career path. On some level, I knew I wanted to get back to my entrepreneurial roots, but had no idea where to start. I tried so hard to find a mentor during those years. I turned to professors, bosses, classmates, and even reached out to a few local female CEO's and straight up asked them to be my mentor. But I never found one.

What I wish I knew back then: that even though I didn’t have a firm grasp on microeconomics, I did have a lot of skills that would help me succeed as a businesswoman and entrepreneur. 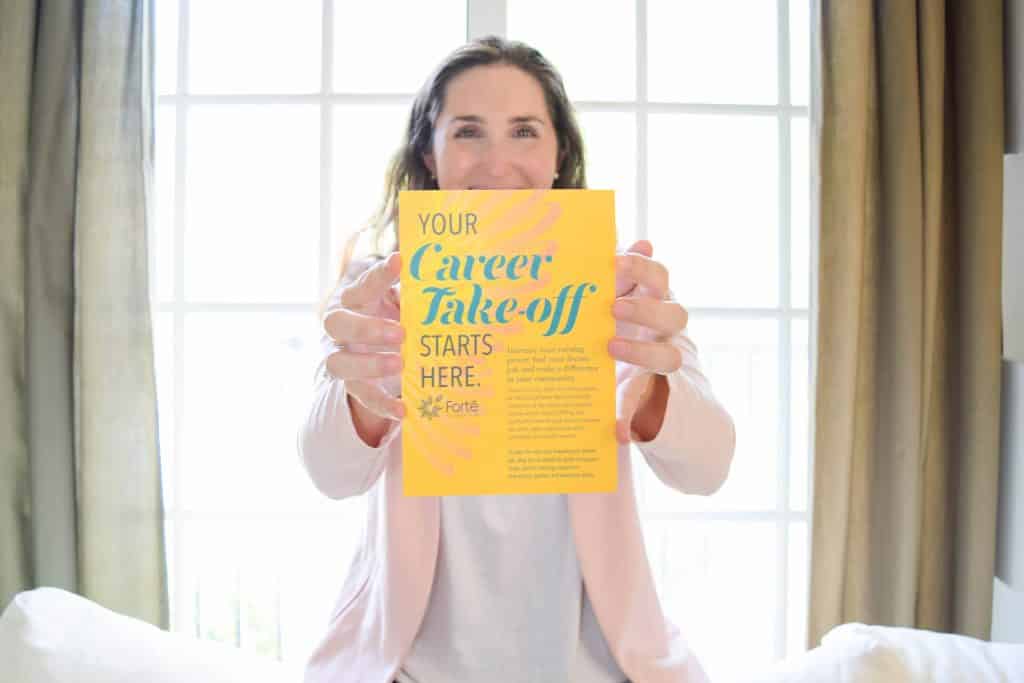 The other weekend I had the opportunity to attend #HerConference. A conference for high school and college women to get the insights, information, and inspiration they need to conquer their careers. Seriously, where was this conference 10 years ago? Even though I've been out of school for a while now, there was still so much to learn!

I had the opportunity to explore Forté Foundation's booth at the conference. Forté's driving mission is to help women advance in leadership roles. They have a ton of resources for women in college, all the way through business school and the MBA process.

I wish I’d known about Forté when I was in school. They truly understand the struggle. You see, my experience of getting kicked out of the college of business and not understanding microeconomics is actually pretty common: one of the biggest reasons women don't pursue an MBA or leadership role in business is due to their lack of confidence when it comes to analytics and numbers.

Each of Forté’s conference stations helped attendees cultivate an insanely valuable soft skill. Most striking to me was how the stations tied so well into the keynote speakers’ personal career stories I heard. So I wanted to showcase some of the soft skills touched on at the Forté's booth, show how they played out in the keynote's lives, and hopefully help you realize that you have more leadership skills within you than you realize!

Soft Skills (noun): personal attributes that enable someone to interact effectively and harmoniously with other people.Click To Tweet

4 Soft Skills To Help You Become A Leader

Station 1 at Forté's booth was super fun and empowering where you “found your wings!” I thought this dovetailed perfectly with the keynote speeches by Lisa Sugar, President and founder of POPSUGAR, and Troian Bellisario (Spencer Hastings from Pretty Little Liars). 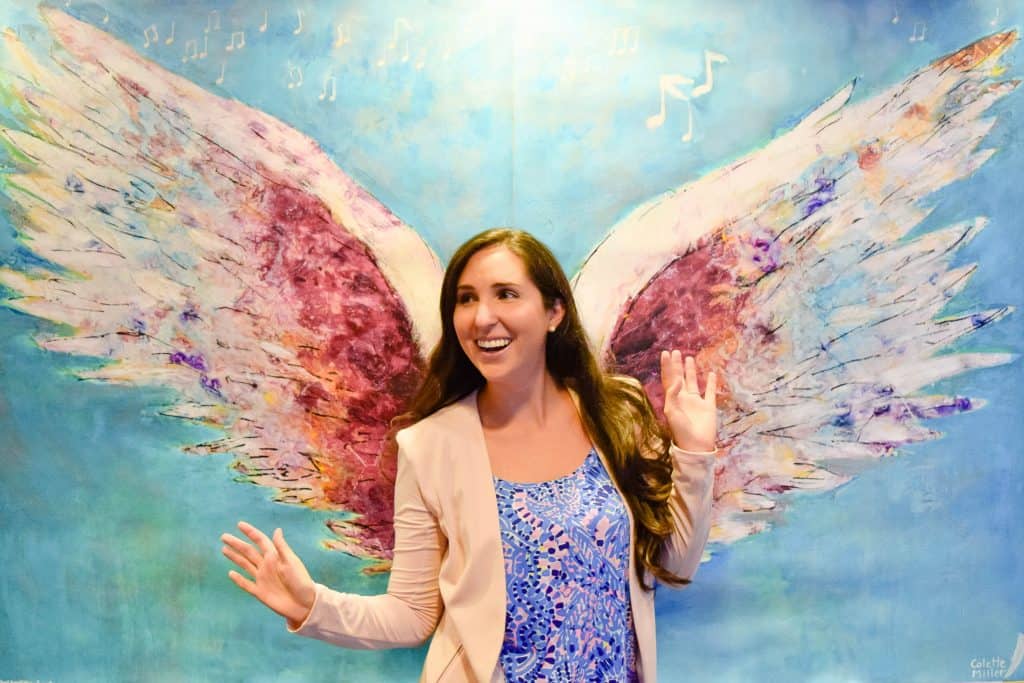 In college, Troian got to feed her creativity and grow as an artist around like minded people who challenged and inspired her. She knew she would become an actress. However, she spoke fondly about how much she needed the time in school to fail, get a little bit better, and fail again. She learned how to have fun with her craft—“found her wings.” Lisa took her love of celebrity and pop culture, something she was already having fun with, and turned it into POPSUGAR.

So is knowing how to have fun really a soft skill? I think so—in one of my past jobs I actually had my boss and several co-workers tell me that there was no room for fun in the workplace… and a year later none of us were still working there or together ? .

If we want to interact with others and move forward in our careers, we need to have a little fun, feel empowered, and find our wings! That's the passion that attracts the right opportunities and people our way!

2. Play To Your Strengths

Station 2 at Forté was all about playing to your strengths. With help from Pymetrics, attendees played different games to discover their unique cognitive and emotional traits. That knowledge can help you discover and explore career paths that are best suited to you! This is insanely valuable, you guys!

So often in college or school we focus on what we think we are supposed to focus on rather than our strengths. But one thing successful people do is play to their strengths and outsource the rest. That's a major key in stepping into a leadership role.

Lisa Sugar talked about this in her keynote as well. Part of the startup life is knowing what your team’s strengths are. If you can easily identify your own strengths and vocalize them to an employer, when the company begins to grow and restructure, you're gold! Lisa said she actually asked her employees, “what do you want to do?” during one of their growth spurts. Always be ready to answer that question. 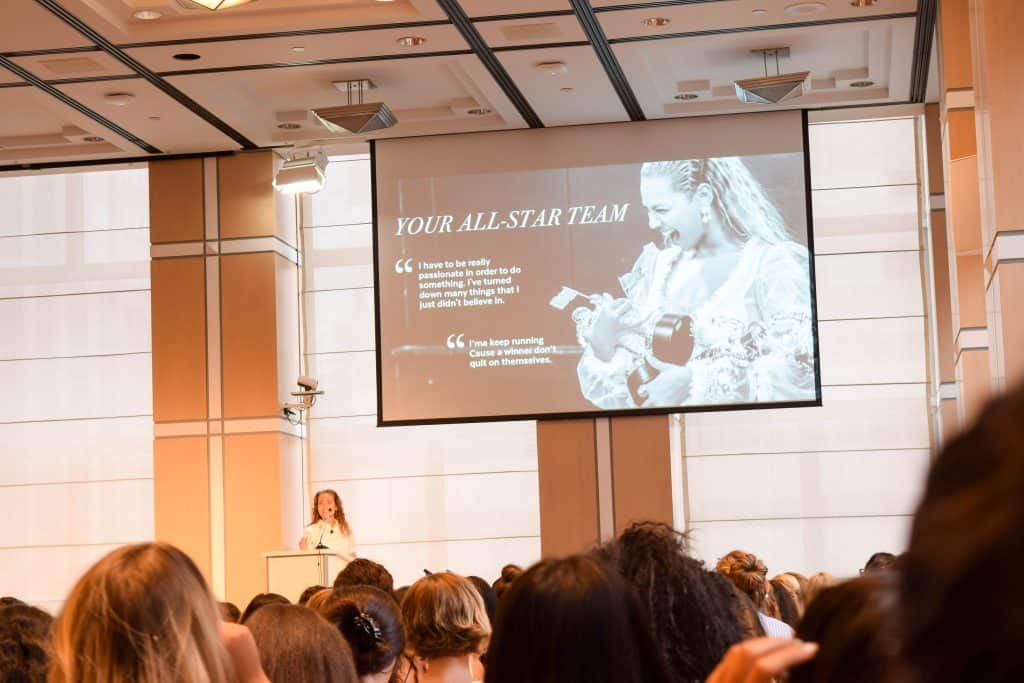 Station 3 at Forté's booth was about making a strong first impression. No matter what your degree, job title, or industry, the impression you leave people with is everything: it all becomes part of your personal brand.

Both keynote speakers talked about the importance of making strong impressions. One of the major mantras that Lisa Sugar built POPSUGAR around is playing nice—leaving that strong first impression and treating others well while working hard to build up her empire. That led to new connections for growth.

Troian made a strong impression in her career by taking a role as an understudy, even though she wanted to be a lead in a play. The next play, she was called and cast. Clearly she left enough of an impression to get her foot in the door and used that time to build upon that impression rather than sulk that she was only the understudy. From there, she took the audition for Pretty Little Liars even though she didn't think she would be a good fit. She continued to get call backs…and we all know how that ended ?.

You can be the best person in the world, but if you leave a bad impression on others, what will they remember? 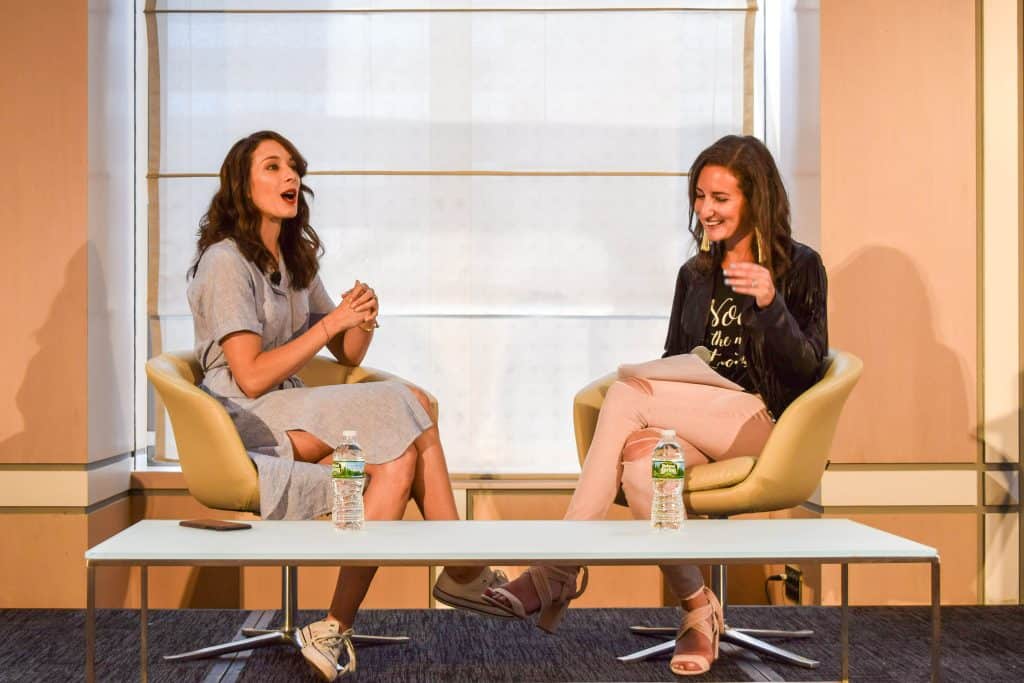 Life is messy. Our careers are messy. We are complex people who will have a ton of failures and even more mistakes. Part of being a leader is having the courage to take the hard road, bounce back from adversity, and walk through the fear of it all. 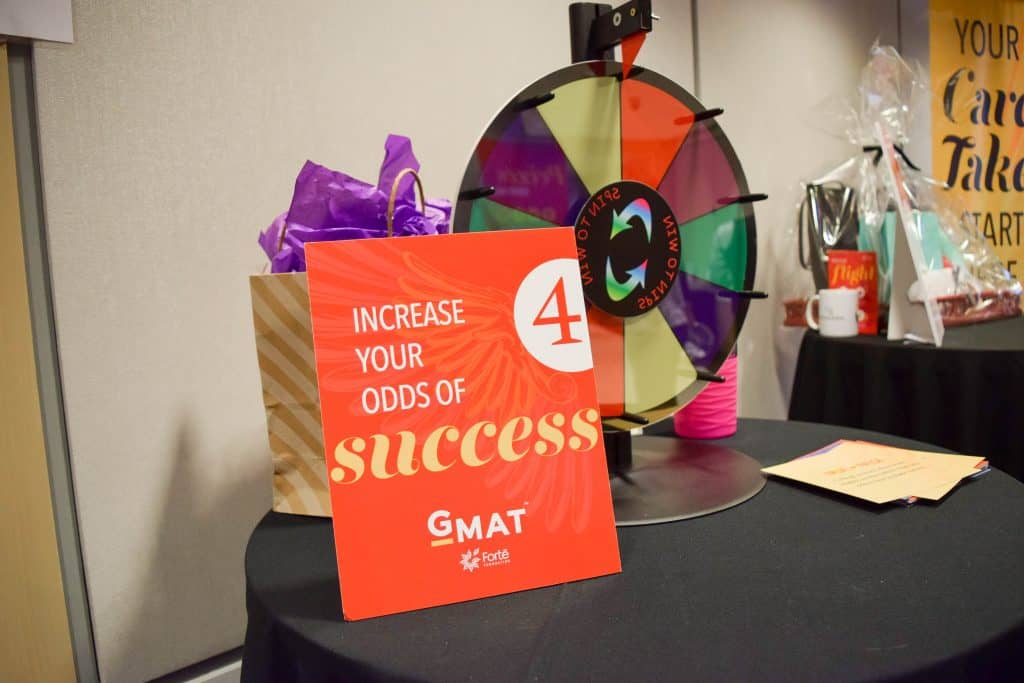 Station 4 at the Forté booth was about increasing your odds of success. With help from GMAT representatives, you spun a wheel to answer true or false questions about women in the workforce. A lot of these were super surprising to me and the stats served as a major call to action about the potential of women in leadership roles, and how much further we have to go. Where does that fear get us? Nowhere.

Know that more than ever, we as women have an opportunity to overcome the odds and get to where we want in life.Click To Tweet

When Troian got the role for Pretty Little Liars, she actually started crying. She’d never watched teen shows like it before, and had always thought her career would be in NYC in theater. Now she had to change direction—and she wasn’t sure she wanted to.

I can totally relate to that. So often I thought I was finally headed toward the career path I was meant to be on, only to then get pulled in an entirely different direction. It's terrifying to think you have it all figured out then have the script flipped on you.

'Life is what happens to you while you are busy making other plans.' - John LennonClick To Tweet

But the key to navigating those big changes is to walk through fear. Whether it's taking the GMAT, stepping outside of your degree, or taking on a new project that you never saw coming at you, don’t let a crisis of confidence get the best you. Don’t give up. Don’t settle. Overcome the odds: you may just discover who you’re meant to be. 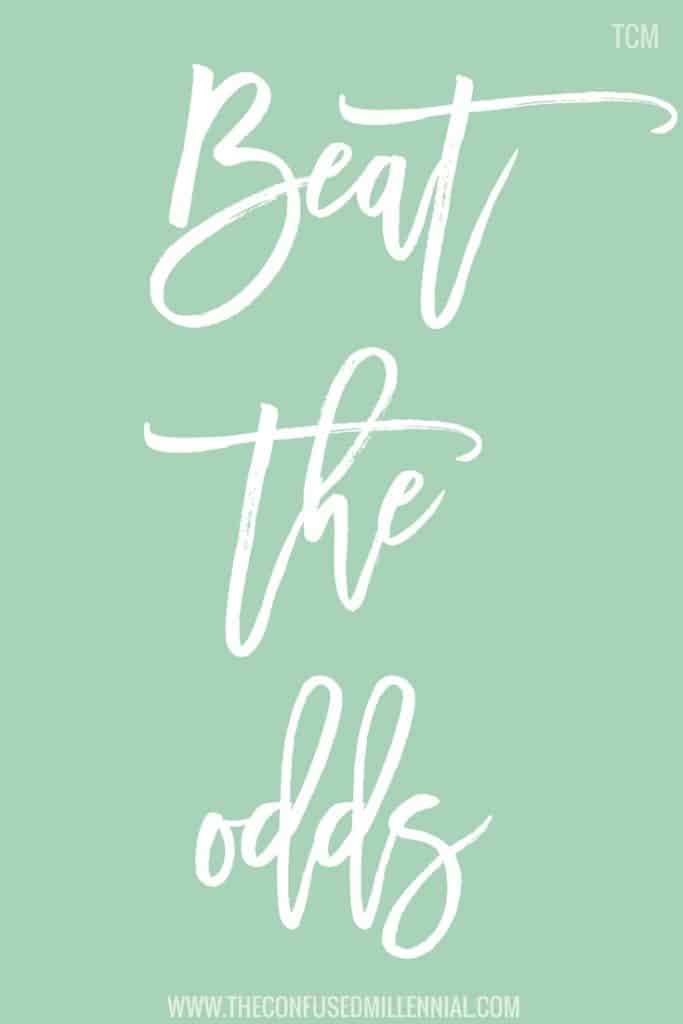