This week’s movie: Our Kind Of Traitor. Russian Mafia man laundering money puts an innocent couple between him and MI6. Starring Ewan McGregor and Damian Lewis (Homeland & Billions, both of which I highly recommend).

*This movie is not free with Amazon Prime, so this is the cheapest way to watch it at this time.

Currently watching the fourth season of Bates Motel (free with your Netflix subscription). There is only one season left of this dark and twisted drama that is a prequel to “Psycho” in which we see Norman Bates as a young man and the roots that led him to becoming one of the most iconic psychopaths in horror movie history. – Honestly, this season has been one of my favorites so far as it starts to really explore his Dissociative Identity Disorder (DID – many people know it as “multiple personalities” or “split personality disorder”. A lot of you know my formal training is in mental health counseling and my first ever supervisor's specialty was DID, it's truly a fascinating disorder and the stories of it are unbelievable at times. 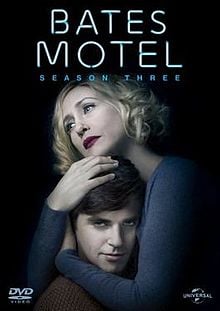 The best movie we watched this past week was “The Nice Guys” starring Ryan Gosling and Russell Crowe. We watched it for free with HBO GO, which you can start a free 7-day trial of by with Amazon Prime. 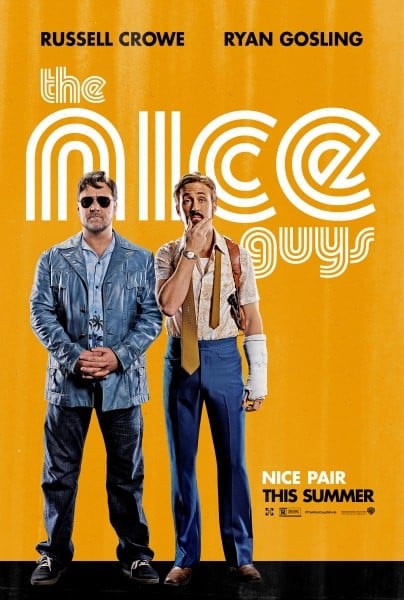 This week's trainwreck picks up with the battle royale between Taylor and Corrine.

Rachel immediately opens the show, proving once again that she is too good to be there and reminds Sarah to focus on Nick and stay out of the drama.

Taylor and Corrine's conversation picks up right where it left off, with the two of them talking circles around one another and, IMO, Corrine delivering the smackdown of the season as Taylor comes off as a condescending betch for talking down to Corrine.

Raven points out the obvious, showing that Taylor really is the immature one, which is that Corrine has never done anything directly to Taylor.

Corrine: You ignore people in the house

Taylor: I am not going to be fake

C: I am not saying you need to be fake, but when someone walks into a room and says “hi” and you ignore them, that's rude, not fake.

WTF Taylor – just admit you can deny everything in the situation. Corrine is referencing things you've directly done to her and you are just questioning her maturity. This isn't really apples to apples here people.

Cue Corrine to producers sharing what we all are thinking after a petty fight where someone denies everything and takes zero responsibility:

“What does that say about your emotional intelligence biiiitchhhh?”
“Who looks stupid now bitch?”
“This bitch in insane…”
“#winning”
“I'm the Queen”

I honestly think people get so upset about Corrine because they are judging her based off of what she says to the producers – not what she is actually saying to other people on the show. And LBH here, we ALL have the little voice in our head that says sh*t it wouldn't say to other people.

Astrid.
Sarah – Ok I am seriously sad to see Sarah go home. I really liked her and she seems funny and grounded. But I do enjoy watching her and Amanda on Insta-stories. I think we will see her in Paradise.

The women head to New Orleans next.

*While in New Orleans*

I literally don't have anything sarcastic or witty to say about this date because it literally made my heart melt. I absolutely love Rachel and think she should be the next Bachelorette. She is the total package and I am obsessed. They go to a market, dance in the street, eat beignets, and are too stinkin' cute.

Also during dinner, Nick pretty much tells Rachel she is getting a hometown date and if we don't get to meet her dad, the federal judge, and see his reaction to this shitshow, I am going to be super disappointed.

Group Date (not in chronological order)

The women head to the lamest haunted house of all time. It basically just seems like different “props” around the house are rigged to create a fall or crash. The girls, against their better judgment, bust out a ouija board, if there is one thing I will never touch in my life, it's one of those.

Raven drops some wisdom: I did not sign up to be part of the ghostbusters. If we see a ghost, I’m gonna rebuke that thing in the name of Jesus. I am not putting up with it.

Then she drops the first L bomb of the season.

Meanwhile, back at the hotel:

Corrine proves once again she is my spirit animal by doing a face mask, taking a bubble bath followed by room service of steak, mashed potatoes, caesar salad, buffalo wings, and CHEESE PASTA!

Back at the Haunted House:

Nick looks unbelievably bored while talking to Jamie, Whitney, and Danielle L. Honestly, I think he would've rather given the group date rose to the little ghost girl, Mae. Instead, it goes to Danielle M. who has seriously fallen off my radar and I am totally ready for her to go home.

Danielle L.: I told you two dates ago that I could see myself falling with you, but I didn't really mean it or feel it. But I'd like more time with you…

Nick: Uh yeah, totally. Absence makes the heart grow stronger. It gives me time to think more about touching your boobies. If I am not thinking about your boobies, then how much do I really want you around?

Honestly, both of the Danielle's were front runners for me, but I am so ready for them to go home.

GIVE ME MORE ALEXIS

Back at the hotel:

Rachel is giving Corrine a pep-talk and then brings the girls together to drop some knowledge:
“I think you both are misunderstood” — “Don't get wild and try to feed each other to the gators” (OK, I totally would watch that show)

Taylor and Corrine head to the Bayou to practice Voo-Doo on each other for their date.

Taylor: I am going to ignore Corrine on this date.
ME: Yeah, because that doesn't play into exactly what she was saying about you #rude

Taylor: I don't have a nanny, I have a Master's Degree In Clinical Mental Health Counseling and a high level of emotional intelligence
ME: Nobody cares TAYLOR – that's not even a logical seg way and you are just proving the point that you are calling her stupid without calling her stupid.

Fedora Healer Lady: You guys are going to have your Tarot cards read and your truth will be revealed.

Tarot Reader: There is too much tension here – I can't read the cards.

Producer in Tarot Reader's ear to Taylor: There is someone toxic around you – don't engage – and move on.
Taylor: I know exactly what you are saying…

Corrine: She's one with the swamp but this butt doesn't belong in the swamp.

Nick to Taylor: Corrine felt bullied by you.
Taylor to Nick: I am happy you are surprised by that because it makes no sense to me either #denial – You want someone who is emotionally intelligent. When I explained this to her, she asked questions!

ME: Taylor, you moron, if Nick is bringing this ish up to you, he is looking to see how you will address it with Corrine, not deny and justify it! He wants to see how you will handle conflict with others! Did they only teach you the definition of emotional intelligence during your master's degree?

Corrine to Tarot reader: How do I make a voodoo doll of someone specific? #goals

Taylor and Corrine waiting for Nick:

Ok, j/k that didn't happen, but how awesome would it be from one crazy mental health counselor on a 2-on-1 to the next?

Nick to both women: Okay, this is getting WAYYYY to awkward and uncomfortable to keep going. Bye Taylor.

Nick: Ok… so we should say good-bye now…

Corrine and Nick ride off into the Bayou

Cut to Taylor practicing black magic with the Voo-Doo priestesses in the Bayou where she clearly get's a spell to curse Corrine and decides it's a good idea to find the two of them and interrupt the second portion of their date.

Which begs the question, how in her right mind does she think she is going to come out looking good in all of this to future clients?

In honor of National Wear Red Day today, I am sharing one of my all time favorite dresses:

The dress I am wearing is sold out but this burgundy maxi dress is a super similar vibe.

Looking for more shows to binge this weekend? Grab TCM's checklist of classic and current hits!