I am honored to have Diana Snyder write today's post. She is a writer for Freeform's “Young & Hungry” (seriously, my husband and I can't get enough of it!) and she is sharing her journey and tips for creating her own destiny and landing her dream job!

When I drive through the CBS Lot to get to the “Young & Hungry” writer’s room I pinch myself. Seriously, my legs have lots of bruises. I still can’t believe I have a job where I get to pitch ideas, write jokes and meet famous people (like Heather Dubrow from the Real Housewives of Orange County. We email. NBD). How did a short awkward girl with no connections get this amazing job you ask? It wasn’t easy.

It all started in high school, when I used my babysitting money to buy the best used video camera I could find on Craigslist to shoot a show I called “Dateline with Diana,” (yup, I was not cool). I used my show as a way to talk to all the popular guys who never gave me the time of day and it worked. From that moment on, I knew somehow I had to work in television.
In college, I majored in Film & TV, despite my parents’ advice to major in something practical. I thought upon graduation, I’d instantly get a job writing for television and hang out with Tina Fey. As it turns out, no one wants to hire a twenty year-old writer. So I took the first job in entertainment I could get… a personal assistant to an NY based actor.

Tip #1: Take whatever job you can find!

If it will get your foot in the door take it. Even if it's washing dishes, scrubbing floors, or picking up laundry. Get as close as you can to rubbing elbows with the right people. As a personal assistant, I answered my email at all hours, picked up dry cleaning, paid bills, secured courtside Knicks tickets on a moment’s notice, and became very good at juggling a large coffee order in heels… but still I felt unfulfilled. After two and a half years as an assistant, I wanted to do something more creative. So, on the weekends I wrote a web series.

Tip #2: A full time job doesn’t have to stop you from working on side projects.

Once you've figured out your passion in life, do everything you can to bring it into your full time reality. Whether thats working late nights or weekends. You have to put in the time.
After a crowd funding campaign and using some of my hard earned assistant money on my web series (which turned out pretty cute for something I shot in my friends’ dad’s office with kids from college), I was able to get a manager who set up some meetings in Los Angeles. I was so excited! Only one problem- My job! So I quit with only a crazy plan to fall back on: fly to LA for a week, pitch a TV idea, sell my show and live happily ever after! I flew with my mom (who insisted on coming with me and acted as my Uber driver) and together we went from meeting to meeting. But at the end of the week, no one bought my show idea. I was devastated.

I came back to New York defeated. I had no job, no prospects, except moving back home with my mom. She was thrilled. Just as I was packing to move back home, I got a Google alert on my phone.

The Tannenbaum Company, which was one of the companies I met with in LA, was producing a new show called “Young & Hungry” which had a ten-episode order. I immediately thought maybe they’d need a writer. They didn’t, but they did need a second writer’s assistant. What the heck is a writer’s assistant? Turns out it’s a job where you work 12 plus hours a day, take a ton of notes based on what the writers say, and then organize the notes for the group to create the episode. Needless to say, you get paid very little and work a whole lot. 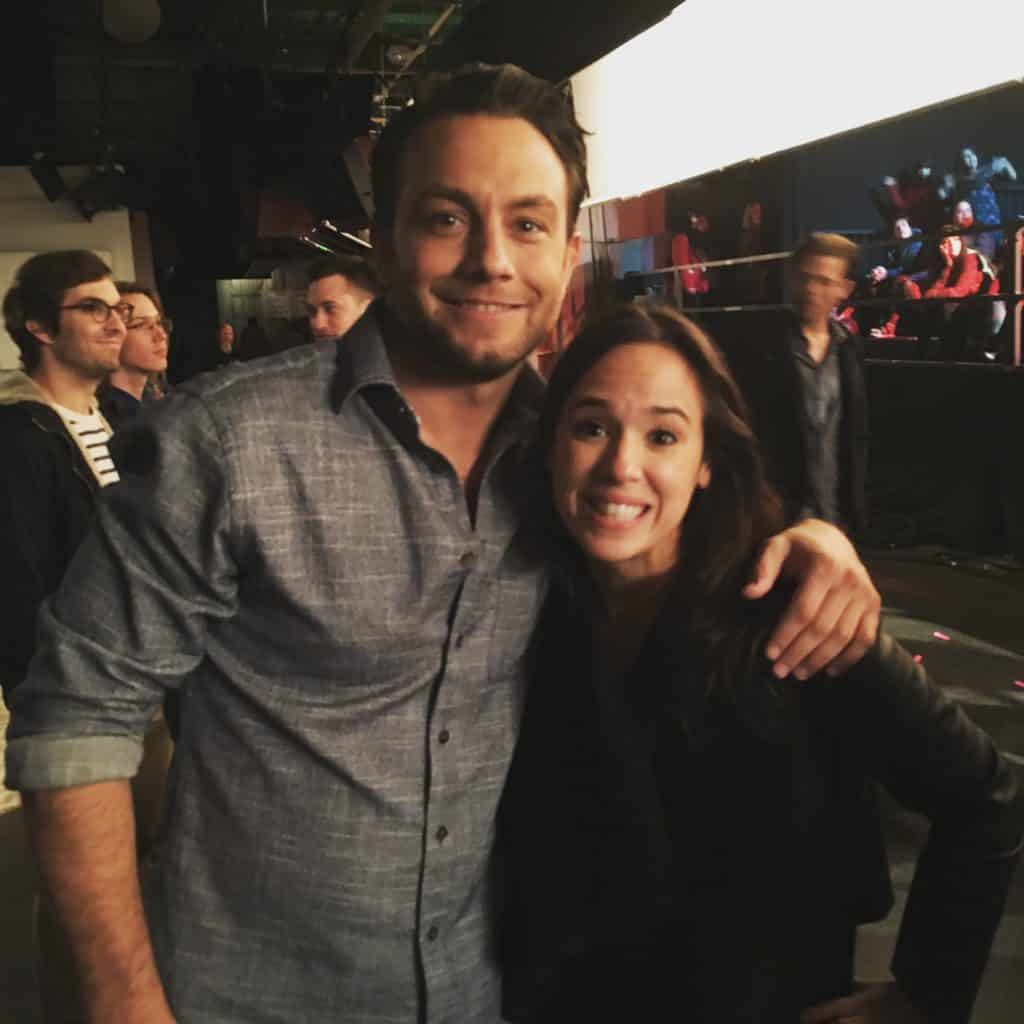 Tip #4: Always bet on Yourself.

Although I had no experience doing this… I had the confidence to think I could. David (the show’s creator) agreed to interview me over the phone for the assistant job. I was so excited until I got this piece of advice… “Don’t tell David you live in New York or he’ll be too scared to hire you. No one wants to hire someone who’s uprooted their life for a job because it’s too much pressure. Lie and say you live in LA.”

I had a great phone interview and David’s last question was “So, where in LA do you live?” Immediately I thought of the street my mom and I got into an accident on when we visited LA. “Franklin,” I told him weakly. And that’s when David said “Okay. You have the job. Can you start on Monday?” It was Friday at five o’clock and without missing a beat, I said, “absolutely.” Without an apartment, a car, or a single friend, I took the job because sometimes you have to take a leap of faith in yourself.

I moved to Los Angeles and devoted myself to being the best writer’s assistant this town has ever known (or at least I made sure to not get fired). Even though it was not my job to pitch story ideas, the first month I was on the show I pitched an idea about Elliot and Yolanda going on a juice cleanse and the idea made it into the show! Another one of the producers, Andrea Abbate, even started to let me write scenes! Some nights, we had long hours but I was always positive, went above and beyond, and never, ever complained!

My positive attitude made a huge difference. By the end of season two, I was promoted to staff writer. By season four, I was promoted to Story Editor and at the end of the year I was asked by David to co-write the show’s new book, “Young & Hungry: Your Complete Guide to a Delicious Life” (which shameless plug comes out April 11th). So as you start YOUR “next chapter” (pun intended), my words of wisdom would be go for it, push yourself, and as Gabi Diamond on “Young & Hungry” would say… “You got this!” 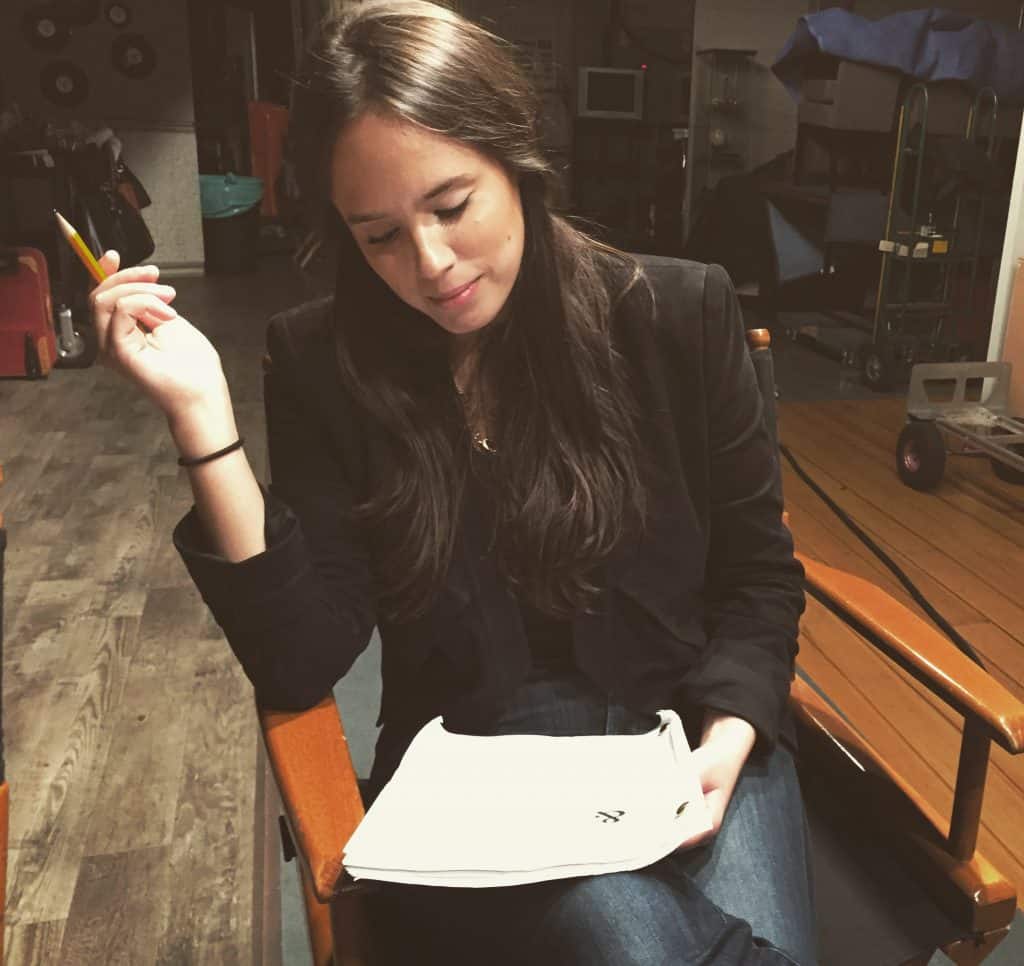