Last week we took our little Moon baby to Disney World for the first time!! After visiting Disneyland  a couple of months, we had high hopes that she'd enjoy it just as much, but also more nerves. Disney World is wayyy more spread out than Disneyland and now that she's over the 9 month milestone she's definitely more alert and it's harder for her to sleep on the go. Today, I'm sharing our annual Disney World schedule with some tips and hacks in there if you're traveling with a baby!

We like to get up to Disney the day before our actual park tickets happen. I've done it both ways (where we drive up at like 6 am and get to the park for rope drop) and have just found this to be overall easier on everyone. 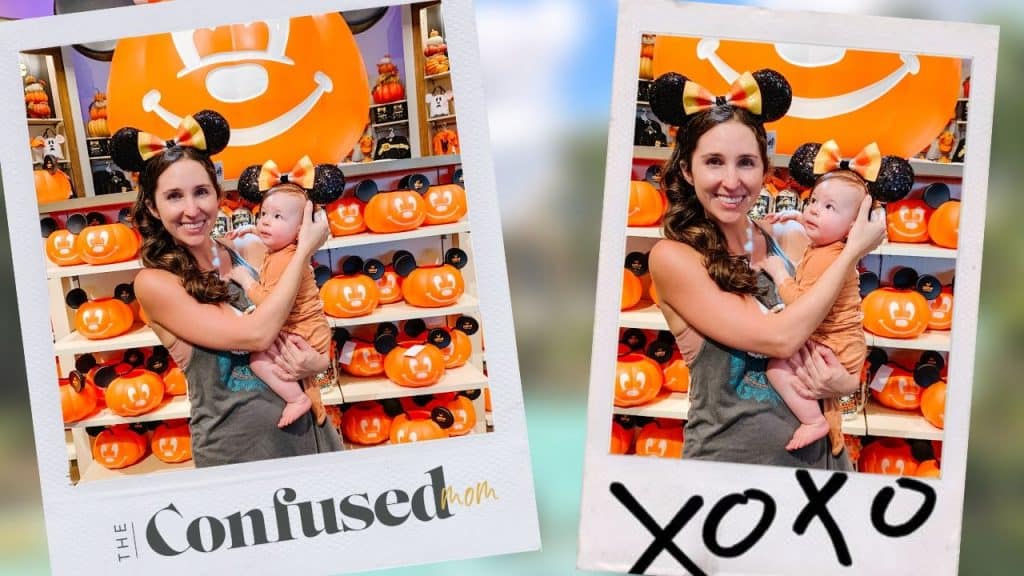 At Disney Springs we like to park in the Orange Garage and make a beeline for Chef Art Smith's restaurant. We have only been able to get a reservation here once (even though we go every year, it's always last minute). So we order take-out from the bar. We either bring the food back to our hotel or find a spot to have a little picnic at Disney Springs. We like to order enough food to last us for 2 meals since it's so delicious. This makes it easier as you'll see on Disney day.

We usually walk around for a bit, stop in the Christmas store and Ghiradelli, and then head back to our hotel.

The night before Disney

Hour-by-hour schedule arriving to the Disney World Area with our 9 Month Old baby:

9:30 – she struggled to nap and was very frustrated about it. So I gave her some more oatmeal and tried soothing her in the seat.

10:15 – I decide to sit up front in the car. I decided she was plenty full and tired and it seemed like I was a distraction.

12:00 – Get to Disney Springs. Nurse baby. See above for the rest. Baby also ate some of our lunch.

5:00 – Baby wakes up. Nurse her. Walk to nearby restaurant for dinner 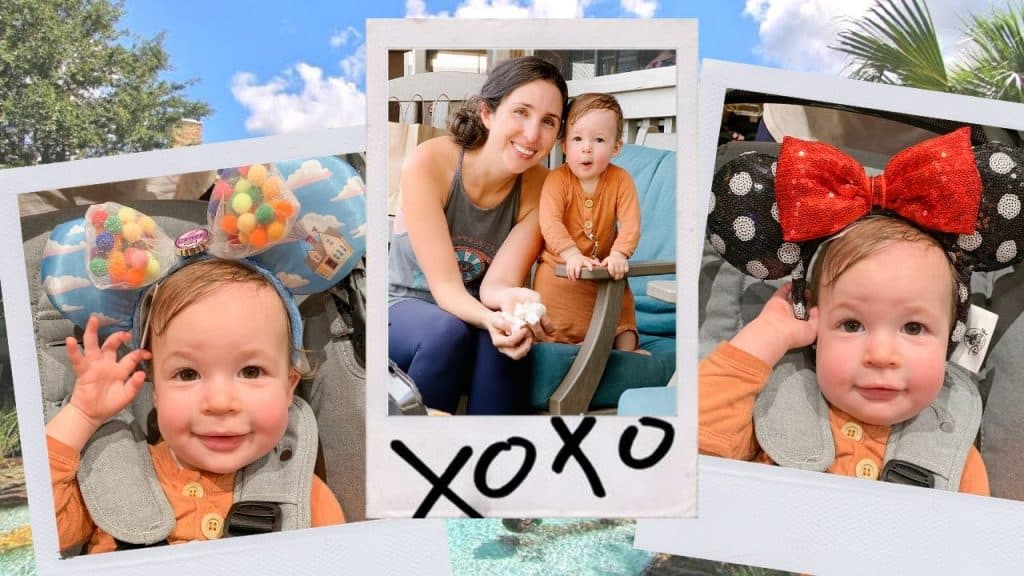 For the last couple of years we have started our morning at Hollywood Studios. We do this Disney trip every year to see Hanson who plays at Epcot. We've done it before where we headed to Magic Kingdom and it was just too much given how long it takes to get to Magic Kingdom.

Back to the hotel:

Whether we have baby or not, we've been heading back to the hotel midday. Last year I was pregnant and needed to rest for a bit. We put her down for a nap in her pack n' play while we ate lunch and watched TV. 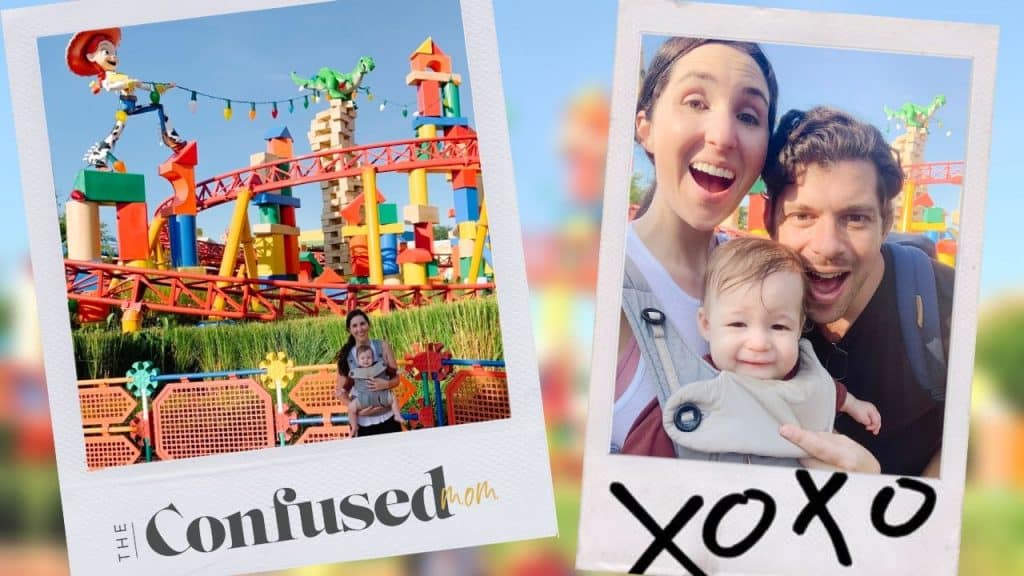 Once baby got up from a nap, we headed to Epcot. We had fast passes for Test Track. So E went first, but it honestly took SO long and we had just been to Disneyland and ridden the Cars version of the ride that I decided to skip my fast pass since it was getting late. We headed over to Mexico and did the boat ride instead since I knew baby girl would love that. After that we headed to get seats for Hanson. While we waited for the show to start I had a Mickey ice cream, R made some friends, and E took it all in.

We only had R stay for the first few songs of the set. I was nervous about her ears even with the ear muffling headphones. So she and E left and got in line for the second show, while I went closer to the stage to meet up with friends. If you aren't familiar: Epcot does an Eat to the Beat concert series where artists play three shows: 5:30, 6:45, and 8:00. After the first show let out (you have to leave and reenter for every show), we met up with E in line, he and R left and went back to the hotel where he fed her and put her down for the night. And I stayed with friends for the rest of the concert.

Our hour by hour schedule for Disney World with a 9 month old baby:

9:15 – Rides and walking around. Try to get baby to nap while wearing her

6:30 – Baby and dad leave for hotel, where he fed her and put her to bed while mama stayed at Epcot the rest of the night

Watch our full day at Disney World with a 9 month old baby here: