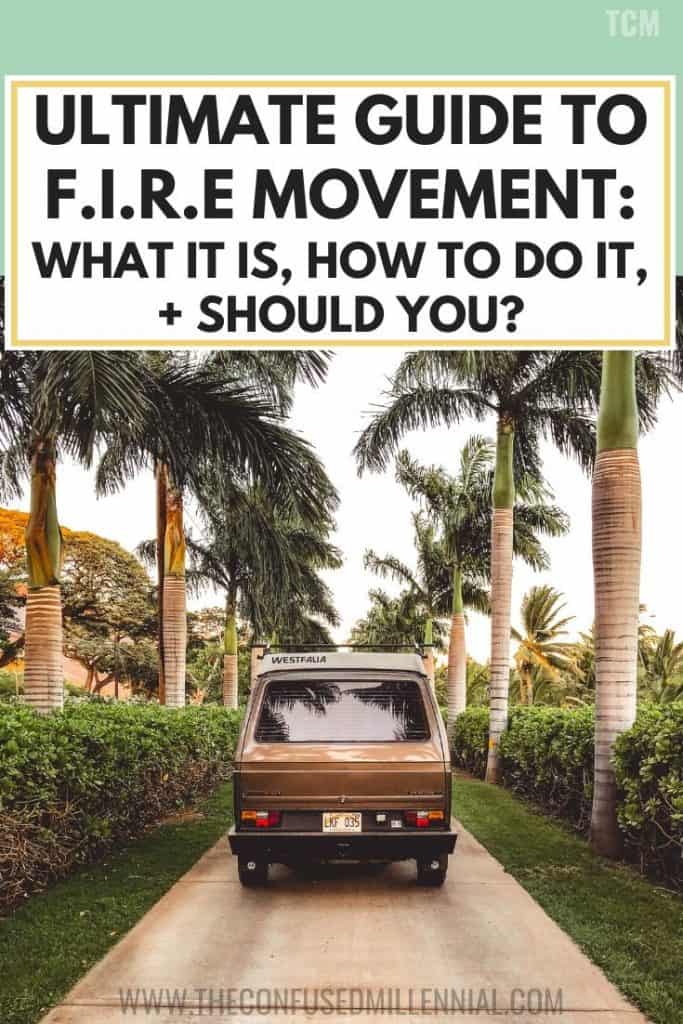 I always knew I wanted financial independence. Which led to an interesting career history: By the time I reached fifth grade, I started a car wash, sold lemonade, and my personal favorite: started a greeting card company complete with employees. In middle school, I expanded my entrepreneurial endeavors to a more grey ethical area: being paid to do other people's homework… which I definitely don't condone or recommend! And in high school, I began babysitting, which grew to full on nannying, and even landed my first W2 gig as a cashier at a wholesale membership club, until I moved onto Starbucks barista by morning and waitress by night.

However, it was only recently that I stumbled upon a new wave of people who are taking financial independence to a whole new level with the F.I.R.E. Movement which has people retiring as young as 30 years old!! And no, they didn't start some viral internet company! Seriously, everyday people like you and me are retiring at 30, 35, and 45 years old and I'm spilling all their secrets. Today's post is the ultimate guide to the F.I.R.E. Movement. I'm tackling what FIRE is, how to do it, and even helping you figure out if you even should attempt it!

Before we jump into my ultimate guide to F.I.R.E Movement…

I want to thank the sponsor of this post: Lexington Law. They're leaders in credit repair and want you to experience financial independence with the ability to retire early too! In fact, they are actually sponsoring this entire early retirement series on the blog these next few months where I'll share with you specifics on how FIRE can actually play out in your life, what I love and hate about the movement, other retirement alternatives and so much more!

One of the first steps to financial independence and retiring early is going to be setting a strong financial foundation. To me personally, that means having a stacked emergency fund, getting out of debt (check out these debt repayment strategies here), and cleaning up your financial history. You can start cleaning up your financial history by pulling your credit reports. If you notice any inaccuracies, give Lexington Law firm a call by clicking here. They're generously offering free credit report consultations! Questionable negative items can hurt your credit score, which can end up costing you big time (read how here).

Ultimate Guide To The F.I.R.E Movement: What It Is, How To Do It, + Should You?

What is the F.I.R.E movement?

F.I.R.E. stands for “Financial Independence, Retire Early.” It's an aggressive savings movement where people are putting a large part of their income aside so they can retire in their 30s or 40s.

What is “financial independence”?

For the sake of the F.I.R.E Movement, financial independence is not what I mentioned at the start of this article: able to buy whatever I want without asking my parents as a teenager. How we are defining financial independence under the F.I.R.E movement (and this is generally the definition for most self supporting adults): you no longer have to work. You read that right.

Financial independence means that you're earning enough money off the interest of your investments/savings, or you have enough money coming in through passive revenue streams, that you no longer have to work if you don't want to. You can read more about how to make passive income from Lexington Law here.

How aggressive is the F.I.R.E movement really?

The F.I.R.E movement challenges you to save a minimum of 50% of your income! Ideally you'd save 75% of it! That's a rough estimate, there's more exact math I'll get into later on in this post though.

With most millennials struggling with student loans and underearning, that very concept would've been nearly impossible for the older part of my generation who entered the workforce during the recession. Which is why I think you see it as a bigger movement with Gen Z (after all, most millennials are in their 30s now (with some in their 40s!); making it a little hard to jump on the bandwagon and actually retire by 35; since we can't bend time. Even so, retiring earlier than 65 is 100% possible, so keep reading with an open mind, and cherry pick the things that apply to you. Heck, even if you are young enough to retire by 35, still cherry pick the things that apply to you rather than just saying “nope, not for me.”

With that said, make sure you stay tuned to the blog, as I share more from this retirement series sponsored by Lexington Law where we are going deep in the FIRE movement (like how it works with health insurance, what monthly spending would look like following FIRE) plus alternatives to FIRE, and what I'm actually doing since my husband is an older millennial, and I'm officially 30!

SPOILER: We decided after going through all the exercises and information I'll be sharing with you in this series to not follow FIRE perfectly. You will learn more about my logic, why some things won't work for us, and what we are still cherry picking to integrate into our lives so we can retire earlier than 65! Subscribe so you don't miss a post here!

What number would make me financially independent?

How you calculate this is basically looking at your annual expenses, and then times that by 25 or 30. So if your annual expenses are $40,000 you've reached financial independence when your networth becomes either $1,000,000 or $1,200,000, respectively.

How did people come up with the 25 times your annual expenses rule?

It's based off the 4% rule from The Trinity Study. This basically showed that people can withdraw 4% of their assets in the first year of retirement, and then could increase their withdrawals each year thereafter thanks to inflation. However, it's noteworthy that it's not perfect and not for everyone. When the study first came out it had a 90% success rate; however with today's market being even more volatile, I'd venture to guess that success rate is even lower.

Plus, the study is based off a 30 year retirement, and if you really do retire at 35 years old, let's hope that your retirement would last longer than 30 years! To navigate this, some people partaking in the F.I.R.E movement have dropped that initial withdrawal number to 3% and others have increased that 25 times their annual expenses number to as much as 35 times their annual expenses as the target.

In other words: Lean conservatively

Just because 25 times your annual expenses is the “average” people are going with, exercise a lot of caution. When the Trinity Study first came out interest rates were very different than they are today (they are quite low compared to history). In my opinion, give yourself more cushion than you think you need when coming up with this number and withdrawing from it if you truly plan to never work again. Even in perfect conditions, a 1% withdrawal increase (from 4% to 5% on that first year) dropped the success rate of the Trinity Study from 90% to 70%! It's not the most forgiving formula and it leaves little room for error/the unexpected.

How do people make the F.I.R.E. movement even work?

Well the F.I.R.E. movement challenges people to do two things: decrease their living expenses and increase their income. Basically by living well below your means for a period of time, you'll reach financial independence more quickly. It's sort of like living really uncomfortably for the short term, so you can live like a king for the long term. Lexington Law put together this helpful infographic to help you achieve FIRE with some ideas for spending less, earning more, and saving smartly.

Should you do the F.I.R.E Movement?

Who is the F.I.R.E Movement for?

Honestly it's for anyone who wants to do it… but there is a huge amount of both honesty and motivation required to do it, as well as privilege that comes with actually being able to do it.

There are people who make a decent income, and I may ruffle some feathers here, think they can't get ahead because of money mindset issues, boundary problems, overspending, or what have you (that's the honesty and motivation piece). However, there is an issue in our country where many can't even make a decent living wage compared to the cost of living (the privilege piece). Truly, living paycheck to paycheck even when they've cut out “nice to haves.”

There are honestly so many variables in making true FIRE (where you retire by 35 or 45) work, that I just really want to acknowledge the ability to partake in that strict a F.I.R.E. plan likely means a certain level of privilege. You cannot be living on the poverty scale and do this, in my opinion. With that said it does lead me to why I love the F.I.R.E. movement no matter where you are on the pay scale and what I want you to keep in mind throughout this series…

I first started sharing what I've learned about personal finance in 2014 while working as a substance abuse counselor. Many of my clients were in their young twenties, newly sober, parents had just cut them off, working minimum wage jobs living in halfway houses. Many couldn't even work full time because of outpatient and therapy requirements, which meant they were falling somewhere on the poverty scale. I have first hand witnessed how many of those people moved mountains to make things work.

Over the years, blogging about finances, I've had emails or comments from people who say, “this is great, but won't work for my situation…” or “the problem with these finance blogs is they cater to the middle class and not people who are truly making $35,000 a year or less.” So I like the F.I.R.E movement – not because  I think it's possible for everyone (because again, I don't, more on that too come in this retirement series though!), but because I think it opens ALL of our minds to approach our finances differently from the perspective of our daily spending, our future, and the real possibilities. No matter where you are on the pay scale, there is something you can take away from FIRE.

Now like I said earlier, which may ruffle some feathers:

F.I.R.E does challenge you, no matter where you are on the pay scale, to have an honest look at your situation and remove ANY morsel of victim mentality. You need to drop any money mindset issues, boundary problems, overspending, or what have you. Like I said, I've watched people do a lot with very little and it all comes down to mindset. I've watched people only able to work 15-20 hours a week at minimum wage, spending 15+ hours a week in therapy, unable to drive, and still sending child support. Was it comfortable and enjoyable? No. But it was possible and people stayed motivated because there was gratitud. They were sober and finally doing the next right thing. While not everyone will be able to retire by 35, everyone can benefit if they allow themselves too.

In my next post, I'll be sharing 13 Tips For Achieving Retirement Early! I'll be going deeper into strategies on how to make FIRE work for you beyond “spend less, earn more.” In the meantime, don't forget to give Lexington Law a call today if you believe there are any inaccuracies on your credit profile. Those negative items can seriously cost you in so many areas of your life. From paying higher premiums, to even the job opportunities you have. You can read more about how credit impacts your life here. 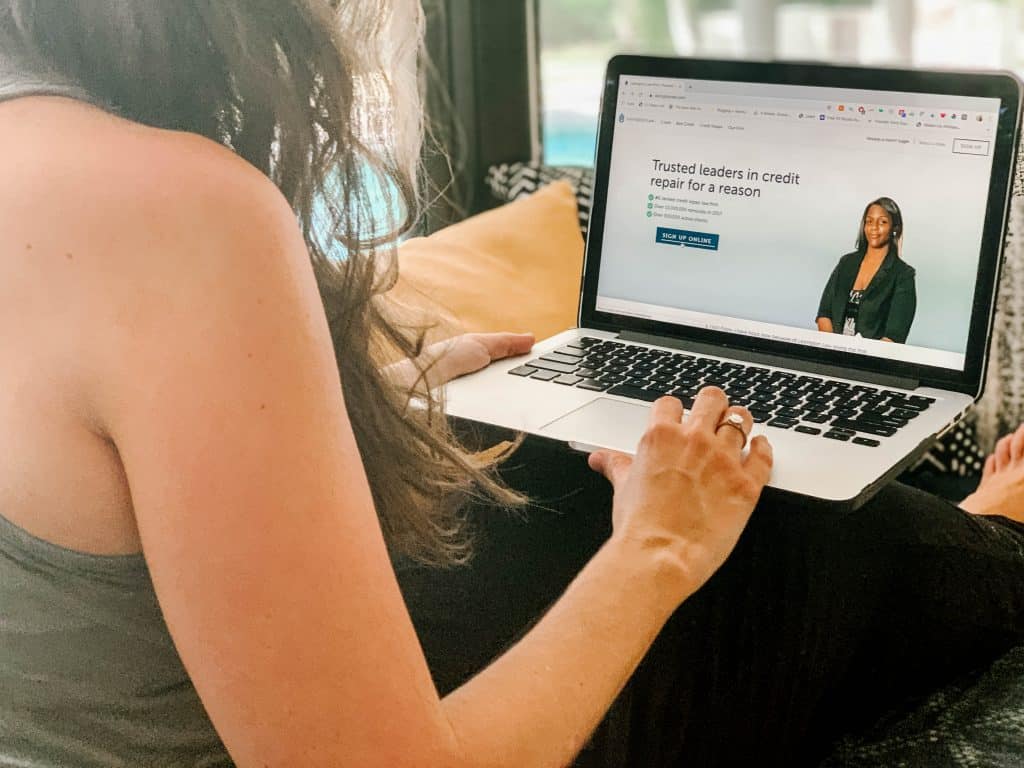