This week’s movie: Southside With You. Y'all! I am SO excited about this weeks rental! It's the story of Michelle and Barrack Obama's first date! It got amazing reviews and basically just go watch it, because I know I will be this weekend!

Who else is both ecstatic and horribly sad about the final season of Girls? The first episode premiered last Sunday and I already know I am basically going to cry every episode. When Girls first came out, I wasn't in a place to really appreciate it. I was 21 and other than Shoshanna, the Girls were about 4 years ahead of me. Let me tell you, four years doesn't sound like a lot, unless you are in your twenties. Those four years post-grad are some of the hardest and most beautiful years IMO. So much pain and growth happened for me between my career, friends, family, and even my relationship with myself.

I know a lot of people cannot stand the Girls of girls. Often calling them “annoying”, “entitled,” “narcissistic” and every other millennial stereotype – but the reality is, whether we want to admit it or not, they perfectly depict the complexities of both being a woman and having female friends. They show the good, the bad, and the ugly which is why I connect with it on such a soulful level. And for the haters? All I have to say is, what are you avoiding? Because if you are hating on one of the girls, chances are she is hitting a little too close to home for you and it's a good sign that you need to work on a relationship in your life.

Check out Lena's interview about the final season on the Today Show (stay tuned for a VERY funny ending):

Because of my sheer excitement over Girls – I haven't been watching any movies, just rewatching from the beginning before I start this season this weekend.

(btw if you are on mobile, I suggest turning your phone horizontally to see the full gifs)

It's the episode I've been waiting for all season folks!

The episode starts with Nick and Chris Harrison having a heart to heart on the beach:

Chris: So, uhhh do you want to quit the show?
Nick: I mean kind of… but like there's probably a lot of money to be made in Instagram teeth whitening campaigns after this soooo… I'll stay.

Nick goes to the girls and apologizes for his mini-melt down the night before and announces they are all heading to Bimini!

Vanessa apparently has never been on a boat before, so I begin holding my breath that her date is going to turn into another puke fest (it doesn't)

They make out all over the place and her body leaves me feeling like I need to get my @$$ to the gym rather than watch this crap.

Rather than being normal and just kissing her, Nick goes on a very cryptic rant that basically leaves both me and Vanessa feeling like he doesn't feel the same way about her but he likes her more than the other girls and he can't go on a cutting spree like he did last week.

Raven is literally so chill during this date. Just sitting back, making morbid jokes about the other two getting eaten by sharks, and just generally being my favorite human I've never met. If she doesn't get engaged to Nick at the end of this (I totally think it's her as number one with Corrine as runner-up and Rachel in third) – she better be in BIP!!!

Corrine is basically just freaking out this entire episode so far since she has never had a one-on-one and is on another group date.

Kristina and Nick seem to really be hitting it off. She freaks out that she is going to be eaten by a shark, so her and Nick head back to the boat.

Raven gets the group rose date OBVI because she isn't acting thirsty AF like these other two (love you, Corrine).

It looks like they have good chemistry for a second there, then she goes back to being a wet towel (or is it rag? how does that expression go?)

Basically, it gets super awk and Danielle is all, “I feel like we are SO connected,” and Nick is all, “I am really bored and uncomfortable and I don't want to go back to Wisconsin for her hometown…” And he sends her home in probably one of the most heartbreaking exit interviews ever (who else was crying??)

Corrine makes her own one-on-one time:

THIS IS IT, PEOPLE! THIS IS NOT A DRILL! Corrine finallyyyyy gets all dolled up, strap on her Louboutin's and heads to Nick's room to showcase her sex-abilities!

Nick (surprisingly) doesn't repeat his mistake and actually turns down going all the way with her! During his Ellen interview this week he says that he wanted to make sure she felt comfortable and good about taking the initiative but didn't want to repeat his mistakes from past seasons and was waiting until the fantasy suite. Nick also makes it a point during the interview to say that we really only see one side of Corrine and that she was always going out of her way to make sure they had their time and check in on him during the process, which is why they had such a strong relationship, not just because of her sex appeal.

Nick also makes it a point during the interview to say that we really only see one side of Corrine and that she was always going out of her way to make sure they had their time and check in on him during the process, which is why they had such a strong relationship, not just because of her sex appeal. So for the last time, to all the haters on Corrine or any villian of this show: we literally see tens and tens of hours of footage edited to basically 5-15 minutes of a person – I promise you, if you film me for three days straight you will get enough footage to make 5-15 minutes of “interesting” (read: crazy/ridiculous) content!

Honestly, I don't understand what goes south for these two because they seem to have the best connection on the show.

Either way, I am excited to see how it unfolds and beyond excited she is the new bachelorette!!

Doesn't (isn't?) happen. Instead, Nick goes to the house to break up with Kristina the same afternoon as his date with Rachel. 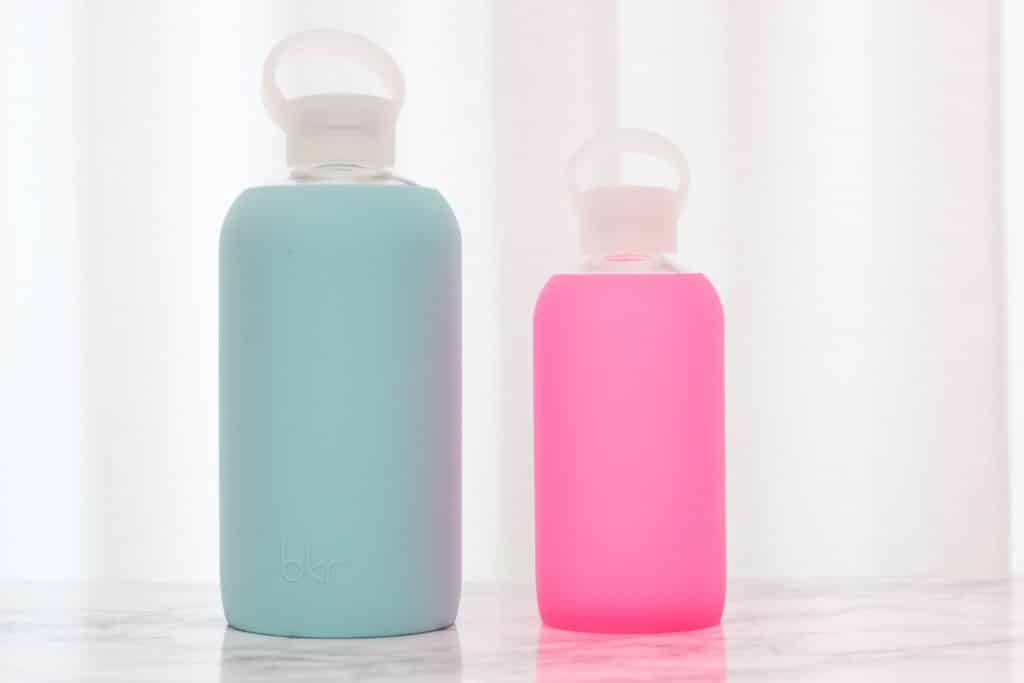 My bkr water bottles! Seriously, so obsessed with these babies right now! They are BPA free, don't have that icky aluminum taste of metal water bottles, and are super cute!