Excuse Me, But Can The Old Taylor Come To The Phone? 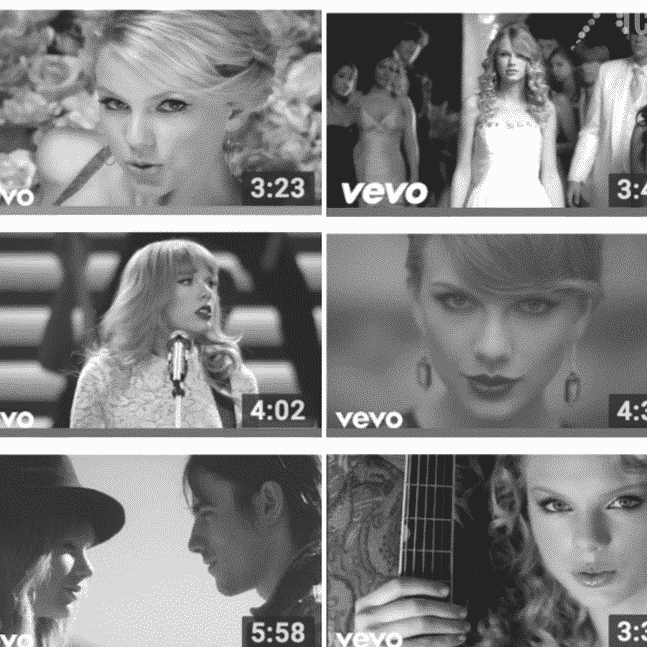 Feels like Christmas came early, right?!? So this post is inspired Jordyn, a true Fairy Princess that is as beautiful inside as she is out, check out her walk down memory lane of T.Swift songs here.

As I write this it's Thursday – the day before Reputation's release. And while I DO like her new songs released so far, they just don't give me the same feelings her old songs gave me. I've had to listen to the new ones a few times before I decided that I liked and eventually loved them – back in the day I immediately just loved them.

I'm not trying to get into a debate on new vs. old T.Swift, because honestly I flip flop and stand somewhere in the middle. I love that she's taking back her narrative and clapping back at everyone, but I also just don't think she's taken enough ownership on some of the things she's done (re: Bad Blood). So am I still a Swiftie? Obviously! But I miss the old Taylor. The one who was relatable, kind, but still strong. So for just a moment today, let's take a walk down memory lane and say hello to the Taylor Swift of yore.

Excuse Me, Can The Old Taylor Come To The Phone?

How “Tim McGraw” Connect To Me:

I was 15 turning 16 when this song came out, just starting my junior year. Afew months into that very junior year, I started dating a football player who I thought was too good to be true – everything happened so fast from us dating, to us breaking up, that it took months to make sense of what happened and to get over.

Taylor's words just got exactly where I was at. For months I pulled up to school and parked my car across from his while listening to this song, swallowing the tears as I put on my brave face before getting out my car, face to face with him. Standing in the very same spot he had asked me to be his girl. My favorite lyric held particularly true when said ex came up to me months later drunk at a party and said, “I couldn't handle it, you were too good for me.” – said boy still watches my Insta-stories, so if you're reading this, hi! #sorrynotsorry

Tear Drops On My Guitar

Favorite lyrics: “Drew looks at me, I fake a smile so he won't see”

How “Tear Drops On My Guitar” Connects To Me:

Freshman year of college, I basically lived in a fraternity house, and was totally in love with one of the older brothers named Drew. He totally friend zoned me. I found myself watching black and white movies, doing crosswords, and eating Chinese food with him more nights than I can count while the rest of the house partied on. And then even more nights crying to this song while singing it at the top of my lungs with the rest of the brothers who knew about my not so secret crush.

Favorite lyric: uhm all of it?

How “Our Song” Connects To Me:

Again, screaming it at the top of my lungs with a bunch of brothers in the Frat house (are we seeing a theme to my freshman year of college yet?)! Dreaming of a simpler time, young love, and just feeling such comfort and hope that this type of fun, pure love would find me again some day.

[RELATED] Advice To My 18 Year Old Self

Favorite Lyric: “‘Cause you were Romeo, I was a scarlet letter”

How “Love Story” Connects To Me:

It wasn't until my sophomore year of college that this song took hold of my heart… once again related to a boy. I had become best friends with one of the brothers in the frat. We spent all of our time together, doing everything together. Everyone thought we were a couple, but we weren't. And then I caught feelings. He's Muslim, and I'm Jewish. He had tried dating a Jewish girl in high school and it didn't end well so I knew we could never get together and this song just spoke to me. The forbidden love, the societal pressures, she understood it all…

You Belong With Me

Favorite Lyric: “Can't you see that I'm the one who understands you, Been here all along so why can't you see”

How “You Belong With Me” Connects To Me:

This song opened the flood gates to a million memories when it came out. This song was the story of my life. Always feeling like “one of the guys,” it seemed like the boys I really wanted to be with, passed me over for someone else. Plus, part of me got trapped in high school, especially with my first love, and this song just took me right back to that relationship. Plus anytime I take a quiz on “which T. Swift song are you?” I ALWAYS get this one.

Favorite lyric: “Braced myself for the goodbye, ‘Cause that's all I've ever known”

How “Mine” Connects To Me:

There was this boy…We were both in college, and waiting tables. We got together against all the odds. Total opposites, we felt like love would burn us again. Even being from totally different worlds, we dated for about two years. He was the first [romantic] boy I felt like I “lived” with. The first person I talked about so many of my secrets to in detail. He was safe, but rebellious for me at the same time.

Until he dumped me, at about 2:30 am one morning. On the one hand I thought we would get married some day, but on the other, I had been bracing for that goodbye for so long, it's all I ever knew and played out just how I thought it would. I remember wishing for that man that would come into my life and just understand and support all my secrets and would never turn his back on me. I wanted someone that would be mine.

Favorite Lyric: “There is nothing I do better than revenge, ha”

How “Better Than Revenge” Connects To Me:

AH this was the height of my Joe Jonas obsession, sooo basically how this all played out felt like a personal attack on me too (anyone else?!) Which doesn't help because remember that first love I mentioned earlier? Yeah, same situation is how we ended. Sooo that little part of me that was trapped in high school sang this song on full blast – particularly when running into the girl a few too many times the same year this was released.

“Someday I'll be big enough so you can't hit me,And all you're ever gonna be is mean”

How “Mean” Connects To Me:

When my blog started doing well I remember blasting this song in my bedroom and just dancing like no one was watching. Particularly when I realized that all the ex-boyfriends I've mentioned to date and quite a few girls who cut me down a few too many times in high school follow along with the blog and my Instagram. It just feels so sweet to prove so many people wrong.

Favorite lyric: “Got a long list of ex-lovers, They'll tell you I'm insane”

How “Blank Space” Connects To Me:

Literally who I was before meeting E // Okay who I was at the start of meeting E. I LOVE the game. If you read how E and I met, you know just how hard I played him. Generally speaking, I wanted to find love and have a happily ever after, but love was a game for me and I loved see how each one was going to end. It was like a high for me. I dated and kissed so many boys over the years that honestly, if I was in the public eye like Taylor Swift, people would say the exact same stuff about me. So basically this song felt like my anthem to celebrate all the parts of me that people typically like to shame.

Favorite Lyric: “It's like I got this music in my mind – Saying it's gonna be alright”

How “Shake It Off” Connects To Me:

THIS SONG THOUGH! Literally my life. For so many years people labeled me so many ways and tried to put me in a box. And this song felt like my anthem to break free. Especially since it was around TCM's launch and it just felt like all the stars aligned in the Universe and gave me my groove. So here's a music video of me expressing myself:

And with that, I invite you to share what Taylor's songs have meant to you! What memories do you have about them? Which have been your favorites and why?

Also, clearly I'm not the only one feeling like this because the ONLY place to stream Reputation today 11/10 is on iHeartRadio and they are mixing in her new stuff with her old stuff on the Reputation Station! So It's a great mix of old and new for people feeling like me!

I'm Rachel, the founder of The Confused Millennial, a lifestyle blog sharing personal experience and advice to help other confused millennials navigate this whole "#adulting" thing on topics like careers, entrepreneurship, finance, the home, relationships and more. After earning my Master's Degree in Counseling, and landing my "dream job" I found myself feeling completely miserable with no work-life balance. I rectified the situation by getting in touch with my passions and started coaching millennials to create their own blog or business that they could turn into a fulfilling and sustainable career. My expertise has been seen on Forbes as a contributing writer, Fast Company, Brit + Co, Dailyworth, and more. Learn more about working together on turning your blog into a business here. 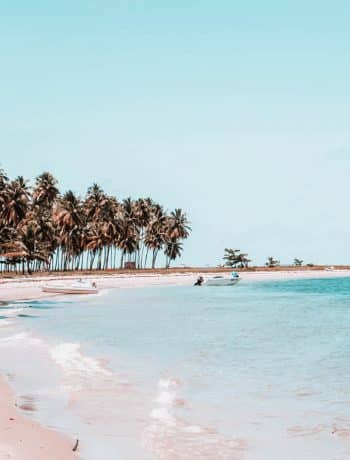 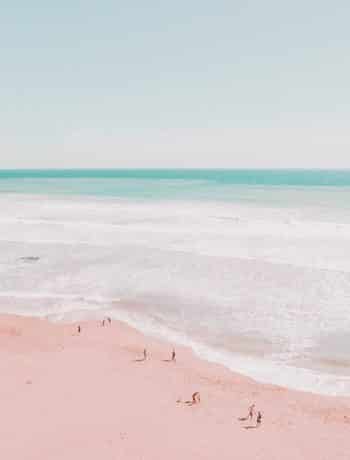 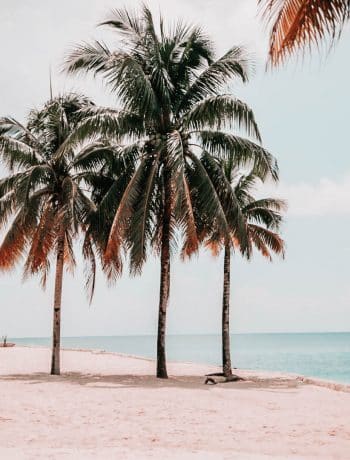 Hi there! I'm Rachel, the founder of #TCMillennial. I am a multi-passionate millennial who loves helping others embrace who they truly are while figuring out this whole "adult" thing. On the blog, you'll find all things #adulting like: finances, parenthood, career stuff, personal growth, and so much more!

How To Go From Nothing To Your Dream Job