If you caught this post on major life transitions, you know E and I moved into 3x the space, from previously 100% furnished apartments, and got a dog all in one month! Getting a mattress, couch, kitchenware and well basically everything feels totally overwhelming at times.

People keep walking into our house (even though we've prepped them saying we don't own anything) and say “oh.” #SMH

However we are moving into our second month now and do have some thing in place. I decided on my office decor at the end of April: Jungalow(ish). In June, I'll be revealing the entire office, but until then, I wanted to show you how I DIY'ed this lamp

Turns out, Michaels, Joann's, and Amazon don't really sell pom-poms that large (or that don't look like crap). Instead I decided to make my own pom-poms.

Yarn or Tulle of Choice

I've been obsessed with this brassy tripod find from Target for months! When I finally decided on an office theme, I used some pom inspiration from Nordstrom baskets.

If you're looking for tassels instead of poms, check out this tassel fringe planter. 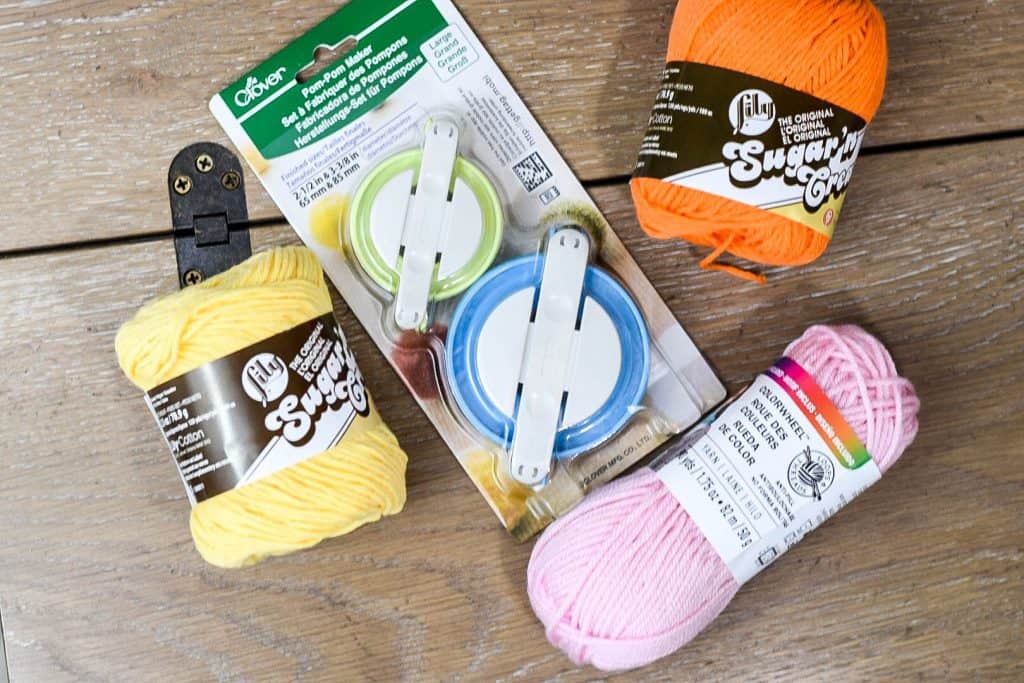 Okay before we jump into steps, I need to pause and talk about yarn. Not all yarns are created equal. I took the above picture after my supply run at a local store. First, the pom pom maker was cheaper on Amazon, second the Sugar Cream is a 100% cotton yarn (I even used it to tie my turkey last year!). In other words, it doesn't have that “yarn” texture you would think of. It's a sturdy non flammable option. When used for pom poms, it looks raggedy (bottom right). Instead look for a more traditional wooly yarn that will give you a fuller look. 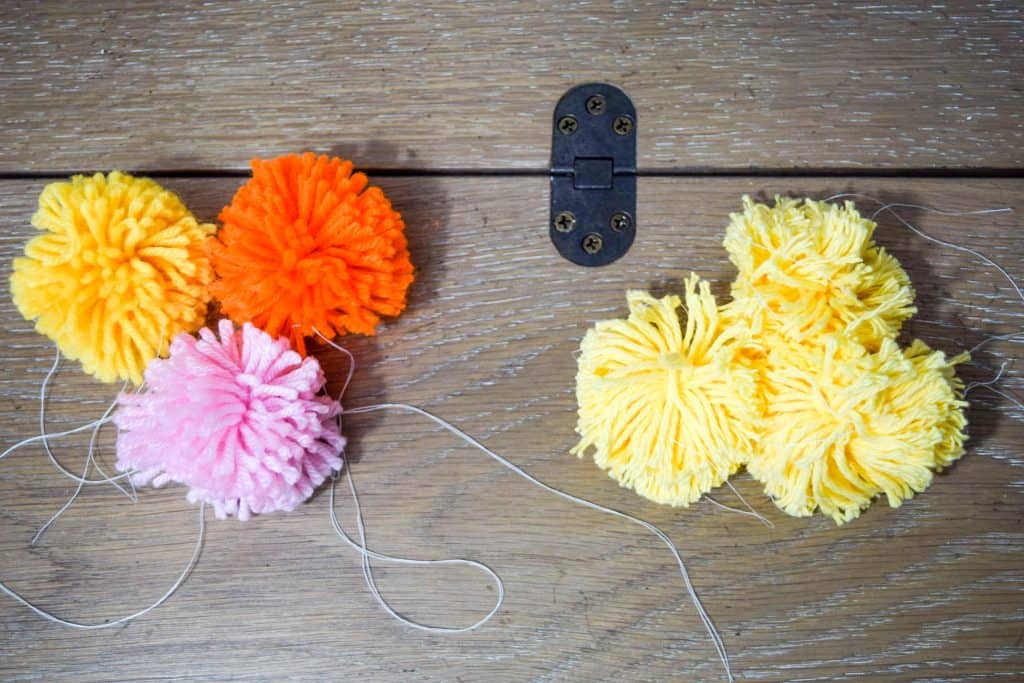 Wrap the yarn around the arm of the pom pom maker. For a fuller looking pom, make sure you are wrapping TIGHT and pushing the yarn to the side to get as much on as possible. For a looser pom, you don't need as much yarn on the arm: 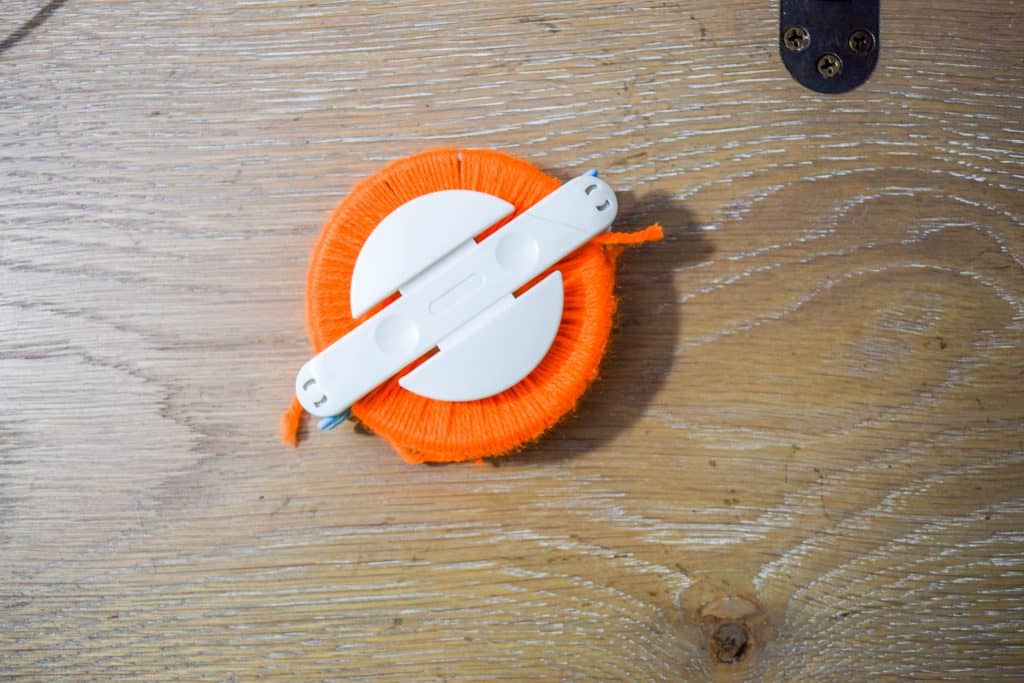 Cut down the middle of the arms: 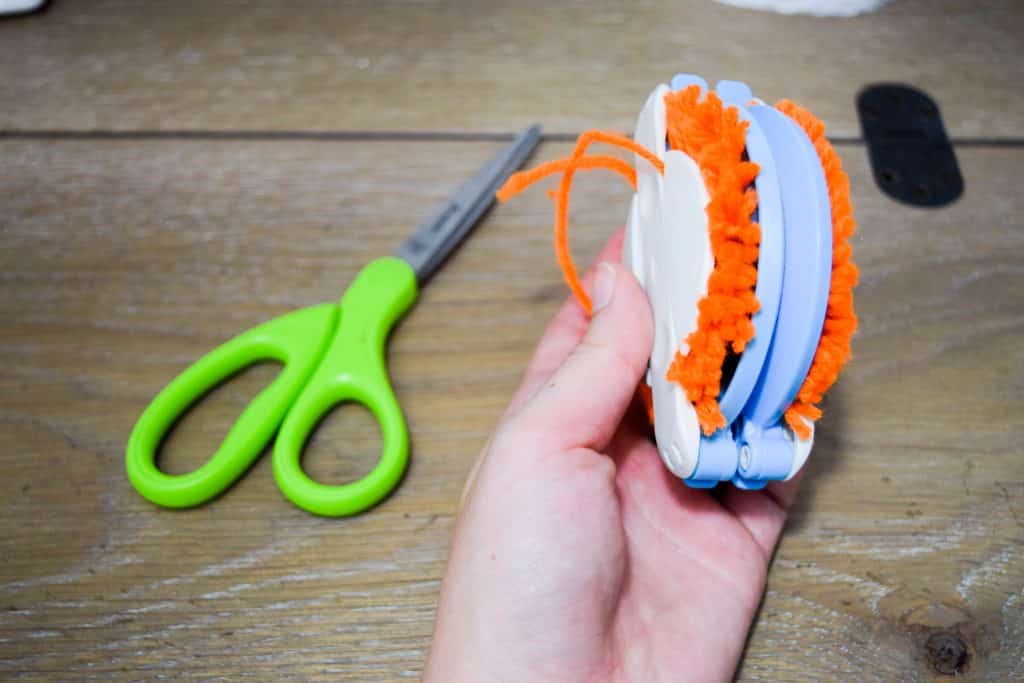 Next, slip the string between the lip of the pom pom maker. Pull it down through to the other side, criss cross the strings, and repeat. We did this multiple times to get it really tight since this is the center of the pom holding everything together. Be careful not to break your thread, but if you do just add a new piece to where you're at (no need to restart the entire pom). The key is to be even and tight. 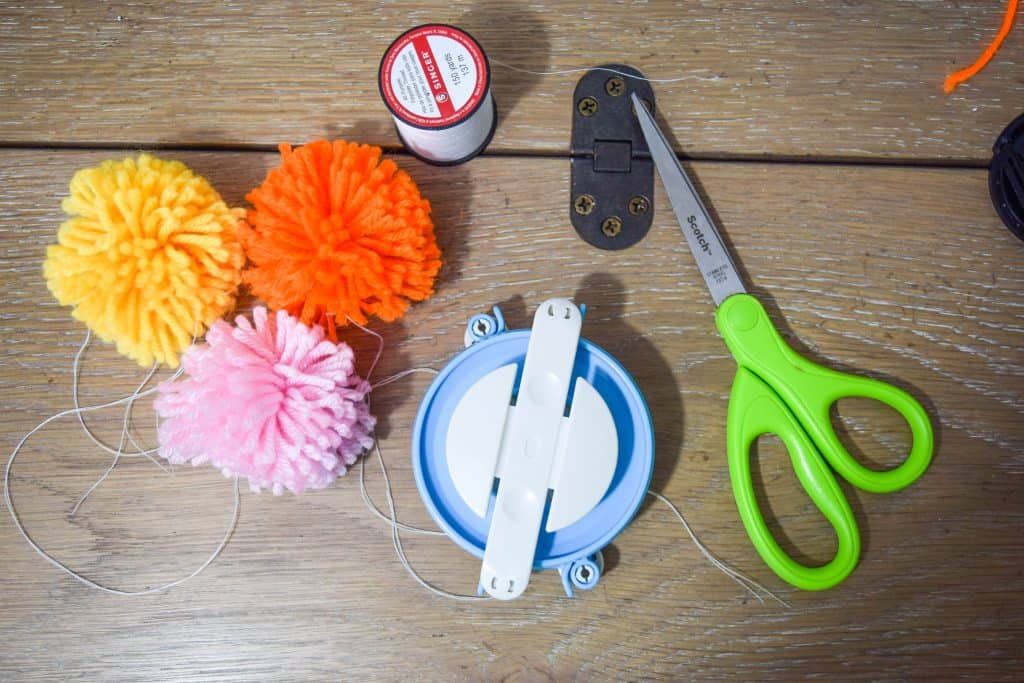 Each pom takes about 5 minutes.

Next you need to get the poms on the lamp. Start by measuring the circumference of the lamp shade, divide that by the number of poms you have or want on it. Space the poms according to your findings/preference.

You'll also want to measure the length of the dangling string. I would recommend no more than 1/4 inch length. Lastly, affix the poms to the lamp via sewing  them to the shade or taping them inside. If you choose tape, make sure you're using LED bulbs, otherwise it could cause the tape to melt/catch fire!

I love this little hack most of all because it ties the room together by pulling colors from a piece of art in this case.