So you may know about my recent obsession with Bumble BFF, if you don't read about it here.

Well last week one of my matches invited me on a group date with some other Bumble BFF's. She actually invited me and another one of my friends on the app, who ended up bailing and deleting her account (#LifeOfAnIntrovert): 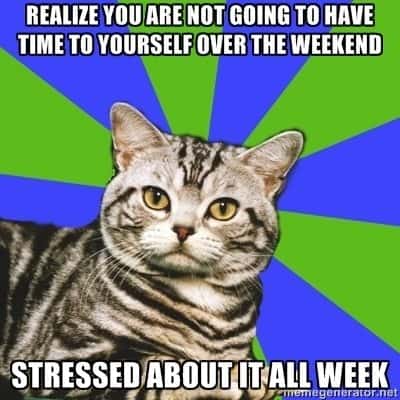 After my friend bailed, I waffled about whether or not to go on this group date. Maybe I've watched one too many episodes of the Bachelor or maybe it's the introvert in me, but the idea of a group outing terrifies me. I like to think I thrive in a one-on-one setting… where my awkwardness can (hopefully) come off as endearing, rather than full on creep. I decided to invite my high school BFF who had the idea for Bumble BFF a few months ago to see what it was all about and be my safety net.

The morning of the group date I was pretty excited, until about an hour before the official start time, where I started to totally panic, bringing on a massive tension headache.  I jumped in the shower and doused myself in tiger balm… then panicked that the tiger balm would leave me smelling like a nursing home and no one would want to be my friend.

I took a few deep breaths and headed over to the restaurant with my friend. As soon as we walk in there're two girls kind of awkwardly looking around at the hostess stand, and I wondered, “are they part of our group!?” when I notice the hostess, an old friend of mine who I used to work with and I totally freak out:

Relieved to see a familiar face, I start to calm down when another one of my former co-worker friends is working at the restaurant too! I freak out again.  By now the Bumble BFF crew is sitting down and my friend from high school has gone with them. Part of me wanted to stay and chat with my old friends, part of me felt like I needed to get to the Bumble table.

I finally say my goodbyes and find our table, a long rectangular table with eight seats. The girls had already begun filling in the far end, which left me in the middle of the table, an introvert's worst nightmare. I took a deep breath because at this point the other half of the table was empty,  so it's like I was on an end really.

Everyone started talking and then the last two in our party joined, funny enough they were the two that had invited everyone. Ultimately there were seven of us and we had a great time! We were together for about four hours! I barely even spoke to the friend I brought along unless it was a table discussion. I couldn't believe how fast time went and how much fun we had.

All of the girls were smart and pretty accomplished in their careers, and just awesome! It was crazy too because each of us was connected to the other by some sort of overlap, whether it was meeting once in the past and forgetting until then or having a mutual friend or two.

We all became Facebook official at brunch and exchanged contact info and are planning our second group outing!

I think what I have loved most about Bumble BFF is how it pushes me out of my comfort zone and on these little adventures of meeting new people, even though my scenery is getting a little stale.

*Update: this post was written in March and I was invited on another outing one time after it, but I couldn't go so I ended up never seeing anyone again. Finding friends as an adult is hard…*

Have you tried Bumble BFF yet? What did you like or dislike? More Bumble BFF adventures to come!