* This article applies to work, family, and friends – confrontation is universal people!

In my adult life, I've definitely been the type of person to approach confrontation head on. I don't really understand why people say they try to avoid confrontation. In my experience, it usually ends up hurting them in the long run as they bottle their feelings, which ultimately come out sideways as either passive aggressiveness, exclusionary, or even worse, in forms of self-harm like addiction, disordered eating, or self-mutilation.

Of course, confrontation can be uncomfortable at times but it doesn't have to be scary. In fact, it can even be healthy when done right. I think a large reason people hate confrontation is because it typically ends up escalating or worsening the relationships.

*Spoiler alert* if everyone dropped these harmful communication tactics from their repertoire today, conflict really wouldn’t be so scary! 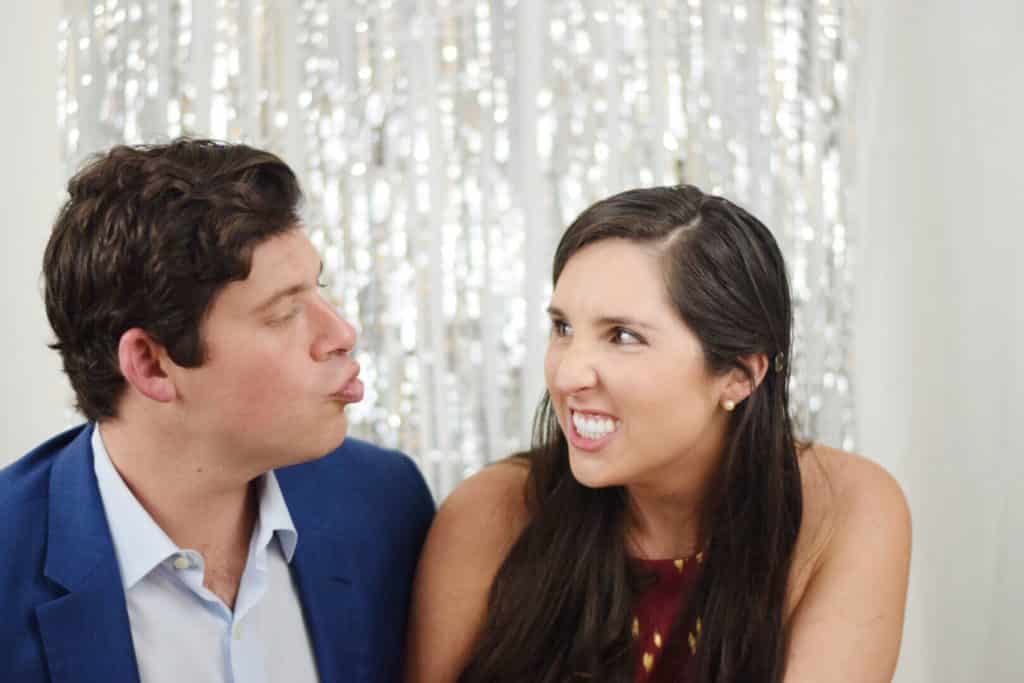 You know what they say people who assume…. Haha

But seriously – NEVER assume you know what someone is thinking or feeling! The majority of the time you are probably projecting your reality baggage onto them. Instead, ASK them for clarity.

Don’t: “You're coming at me really angry right now.”

Do: “You seem angry right now, is that right?” 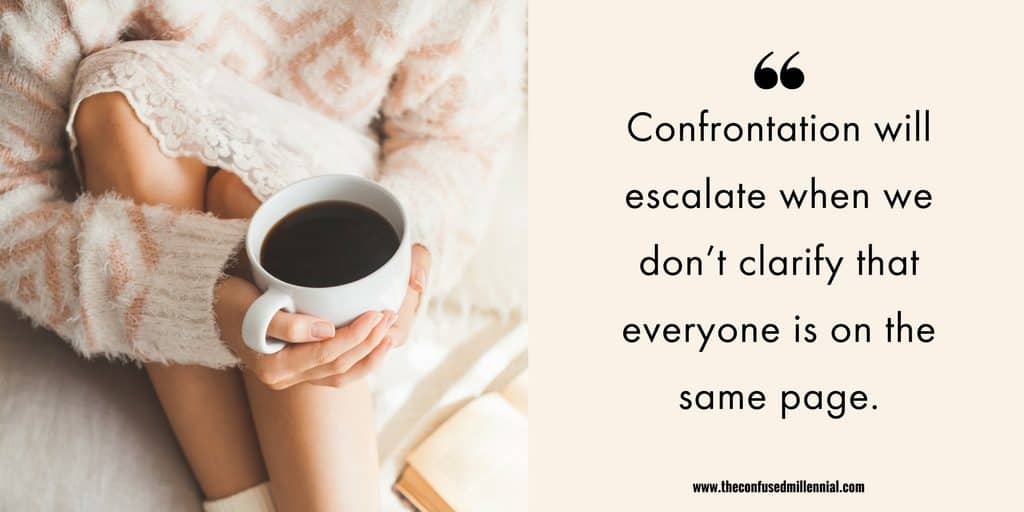 If someone is coming to you because they're upset about something, they probably aren’t looking for you to shift blame onto another person or situation. They probably just want to have their feelings validated and discuss what might need to change in order to move forward.

NOTHING is more rejecting than coming to someone and saying you're upset, only for them to say, “well it wasn’t my fault I had *so and so* to deal with*

Uhh newsflash: It was probably your fault, just maybe not in the way they think it is. You most likely either took on too many responsibilities when you should’ve said “no” or couldn’t set boundaries or you simply didn’t want to and don’t want to admit that. I also call this “making excuses,” as some attempts to grab onto any response other than owning their ish.

Don’t: “Well what do you want me to say? It wasn’t my fault I couldn't be there, I had the to do this other thing”

Icing on the cake: when the excuse doesn’t make sense

Rebuttal: “But there were literally 6 people available who were willing to do this thing for you in a quarter mile radius so you could be there”

Do: “Oh wow, I am sorry I did that. I will work on scheduling my time better.” 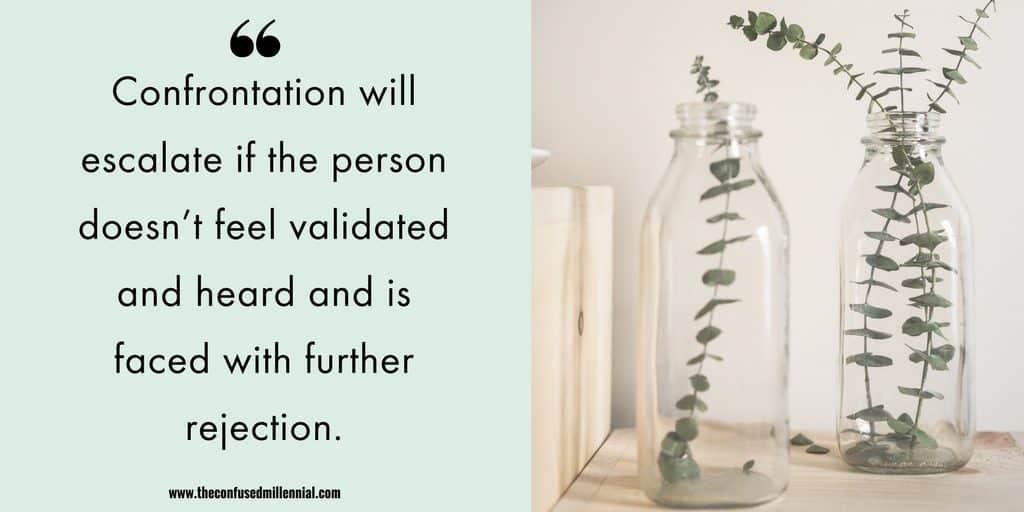 Have you ever tried to talk to someone and they claimed complete amnesia over every. single. thing.  you reference?

Yeah, it’s never fun when someone starts playing dumb or denying any memory of an exchange orrrr even better tries to flip the script and make it seem like you're the crazy one and making everything up. This tactic usually goes hand in hand with another tactic called gaslighting.

Gaslighting has seen a resurgence in mainstream media with Trump in office (total side note, but mad props to whoever set up this redirect to my fabulous ethics professors article in psychology today: alternativefacts.com). Gaslighting is more complex than simply denying or lying (those are two foundational points, though) and I could probably write an entirely different post on just gas lighting… but I digress.

The issue with denying something happened, is that once again, it’s rejecting the person; which adds fuel to the fire rather than solutions to the simmer.

Don’t: “I have no idea what you are talking about. That never happened. I didn’t do that.”

Do: “I can’t remember what you are talking about exactly, but regardless, I am really sorry. Where can we go from here?”

It's so much easier when both people can acknowledge the problem and move on from there. If someone keeps denying a problem they'll likely feel attacked and the other person is going to feel unheard and nobody feels good.

We are all people. We all say and do things pretty mindlessly at times without realizing how it will impact others, and if something you say or do offends someone, that’s okay. 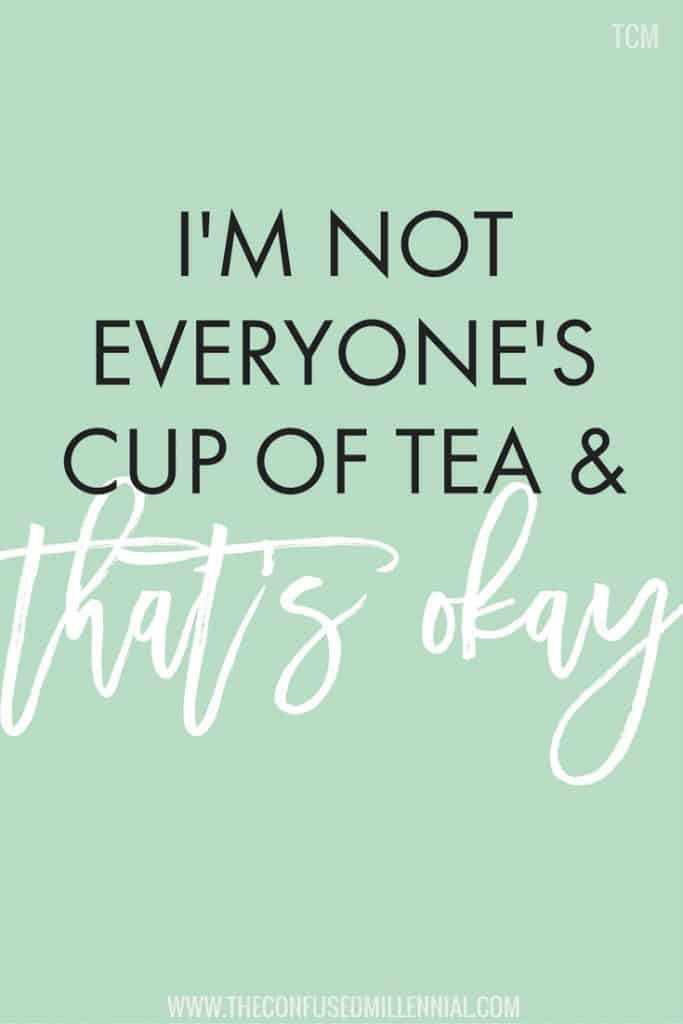 But, you do have a responsibility to not cause further harm when something is brought to your attention. Rather than justifying or rationalizing your actions or words, take responsibility and ask how you can move forward.

If your response isn’t adding to the solution, then what’s the point of saying it?Click To Tweet

If your response isn’t adding to the solution, then what’s the point of saying it? Most of the time during conflict, people respond to pump up their bruised ego (because let’s be real, it never feels good to find out you’ve hurt someone) — but here’s the secret, if you can delay the instant gratification of falsely pumping up your ego in the moment, you won’t leave scars and you will move forward (and your ego will recover a whole heck of a lot faster).

On that note, I decided to actually write a follow up post to this one! Click here to read my simple response on how to reply in any situation where negativity arises – seriously it's SO simple and will always add to the solution! Read how to respond to toxic communication here.

5 Things To Do When Feeling Defeated & Depleted

This article was Originally Published on 01/30/18